SEOUL, Aug. 23 (Yonhap) -- An absolute majority of bond mavens in South Korea expect the country's central bank to raise its key interest by a quarter point in August in line with the U.S. Federal Reserve's hawkish stance, a poll showed Tuesday.

According to the survey of 100 bond experts by the Korea Financial Investment Association, 97 of the respondents forecast the Bank of Korea (BOK) to jack up its policy rate at a policy meeting slated for Thursday.

Of the total, 91 percent predicted a 0.25 percentage-point hike, with the remaining 6 percent anticipating a big-step increase of 0.5 percentage point.

The association said most experts seem to be leaning toward a rate raise for this month due to the U.S. central bank's monetary tightening and concerns over higher interest rates in the world's largest economy.

Market watchers say a "rate reversal" between South Korea and the U.S. could prompt foreign investors to pull their money out of Asia's fourth-largest economy.

In July, the BOK delivered an unprecedented 0.5 percentage-point rate hike in a bid to tame runaway inflation, the sixth rate increase since August last year.

The survey also showed 41 of the respondents forecasting local bond yields to remain unchanged in September, with 33 expecting them to go up. The remainder projected bond yields to fall.

The association also said its bond market survey index (BMSI) stood at 86.7 for next month, down from 91.3 for August. A BMSI reading below 100 means more experts expect bond market conditions to worsen. 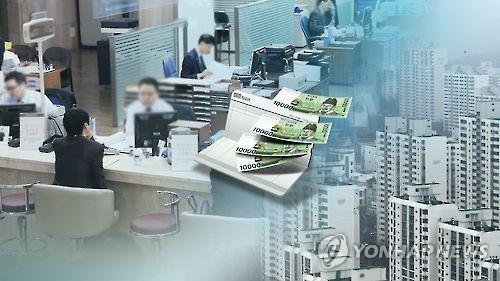