BUSAN, Aug. 23 (Yonhap) -- A 45-year-old undocumented immigrant from Thailand died for unknown reasons last week after being detained at a center in the southeastern city of Busan, immigration officials said Tuesday.

He was detained and put into the pre-deportation facility on Aug. 16, but was taken to a hospital later in the day after surveillance footage showed him hitting his head against a wall, according to the Busan Immigration Office.

Officials and police had initially determined that he needed psychiatric treatment, but after arriving at the hospital, his body temperature was found to be 40 degrees C before he fell unconscious, officials said. He then died in an ambulance while en route to a larger hospital, officials said.

Police are looking to the cause of his death and requested an autopsy, officials said.

He had stayed in South Korea illegally for about eight years, officials said. 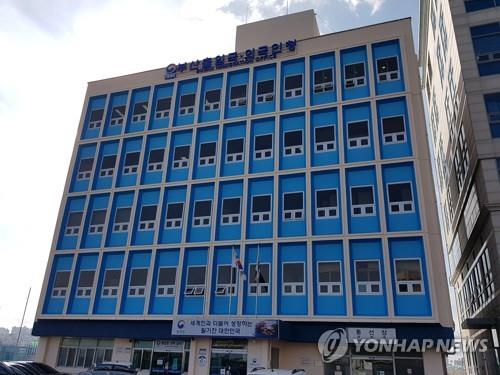