SEOUL, Aug. 23 (Yonhap) -- China's top envoy in South Korea called Tuesday for the two countries' efforts to respect each other's "core interests" and "matters of significant concern" amid tensions over Seoul's push to normalize the operation of a U.S. anti-missile unit here.

Ambassador Xing Haiming made the remarks as South Korea is pushing for the normalization of the THAAD battery -- currently in a state of "temporary" installation pending an environmental assessment -- to help counter North Korean threats.

The THAAD issue has been a major thorn in the bilateral relations as Beijing argues the missile defense asset hurts its security interests at a time of an intensifying Sino-U.S. rivalry.

"China and South Korea should muster their efforts to respect each other's core interests and matters of significant concern, and develop the China-South Korea relations in a more mature, independent and stable manner," Xing said during a forum marking the 30th anniversary of the establishment of bilateral ties. 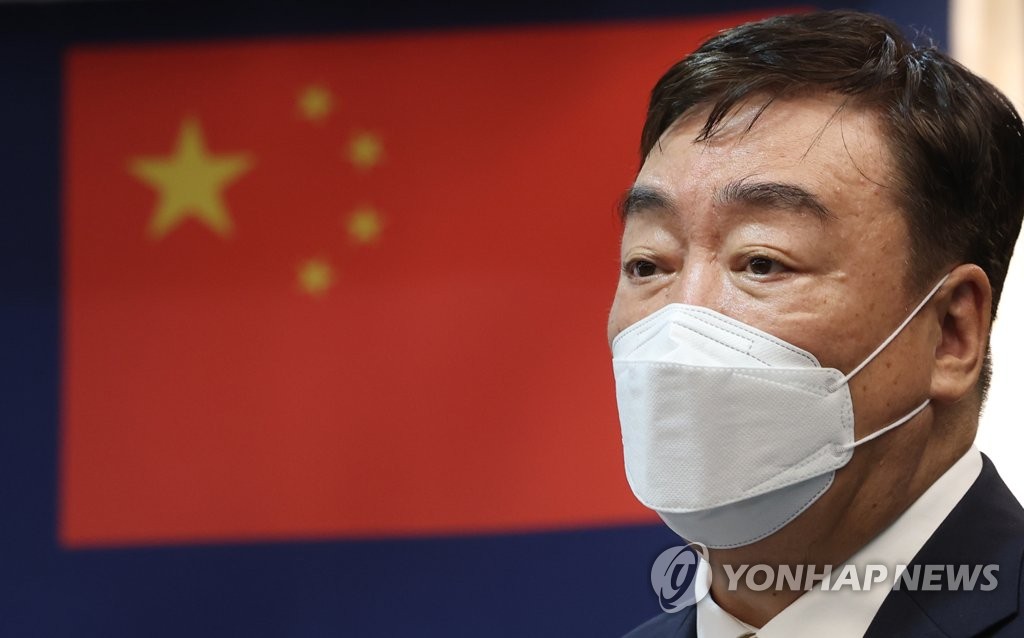 Xing also stressed the need for Seoul and Beijing to expand "practical cooperation" and "friendly exchanges" while pointing out that the current geopolitical landscape is undergoing "very serious and complicated" shifts.

"By more closely examining the massive profits that would result from bilateral cooperation, I hope (the two nations) will appropriately handle disputes with mutual understanding and an inclusive attitude," he added.

Seoul and Beijing mark the 30th anniversary of their diplomatic relations on Wednesday, with their partnership facing a string of hurdles, such as the THAAD conundrum and a rancorous rivalry between China and the United States, the South's only security ally.

The THAAD issue recently reemerged as Beijing claimed the liberal former Moon Jae-in administration pledged to restrict its operation in addition to the "Three No's" policy -- no additional THAAD deployment in Korea, no participation in a U.S.-led missile defense network, and no entry into a three-way military alliance with the U.S. and Japan.

The conservative Yoon Suk-yeol administration countered that the Three No's policy is nonbinding and the issue of deployment of THAAD is a matter of "security sovereignty" not subject to any negotiation.

On Wednesday evening, South Korea and China will simultaneously hold official ceremonies in their respective capitals to celebrate the 30th anniversary and share their visions for the future of the bilateral relations, Seoul's foreign ministry said.