SEOUL, Aug. 23 (Yonhap) -- The Board of Audit and Inspection (BAI) decided Tuesday to conduct an audit into the nuclear phase-out policy of the previous Moon Jae-in administration, officials said.

The agency also plans to look into whether the government properly handled the supply and management of COVID-19 vaccines, masks and other anti-epidemic materials since the pandemic hit, a move also seen as targeting the Moon administration.

The two issues were added to a list of inspection plans for the second half of the year, officials said.

With regard to the planned inspection of the nuclear phase-out policy, the BAI said it "will improve the stability and efficiency of energy supply and demand by checking the progress of renewable energy projects that have recently come to account for an increased proportion of power generation."

The remarks could mean that the BAI would look into an imbalance of energy supply and demand over allegations that the Moon government implemented the nuclear phase-out policy at a faster pace than expected.

On a planned inspection of the Moon government's handling of COVID-19 vaccines, the BAI said it will look into the status of the government's response to infectious diseases and come up with alternatives.

The BAI said it will also launch an inspection into the state Corruption Investigation Office for High-ranking Officials (CIO), which was launched under the Moon administration's drive to reform the prosecution. The CIO is tasked with investigating corruption among senior public officials and their families.

The inspection plan from the BAI comes as prosecutors step up their investigations into senior officials of the Moon administration over accusations surrounding the 2019 repatriation of North Korean fishermen and the North's killing of a South Korean fisheries official in 2020. 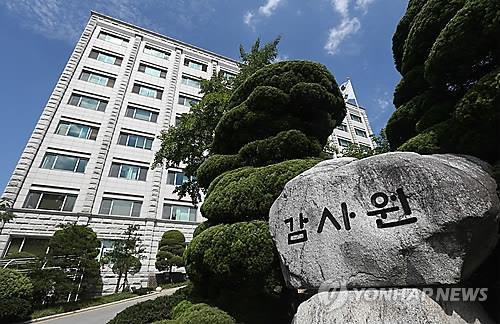