The mother, who was in her 60s, and her two daughters, who were in their 40s, were found dead on Sunday at their home in Suwon, south of Seoul, after reportedly struggling with illness and financial difficulties.

The apparent suicides added a layer of grief to the tragedy of vulnerable people as welfare systems have failed to protect them.

Han told the meeting that the government will inspect its welfare systems, find their "blind spots" and make up for flaws in the wake of their deaths.

Han said he was "heartbroken as a prime minister" because the three women "died unprotected by the state."

"The reality is that there are still many cases where they do not receive welfare services because they do not know them," Han said.

Han called for relevant ministers to strengthen the government's responsibility to safeguard the lives and livelihoods of vulnerable people. 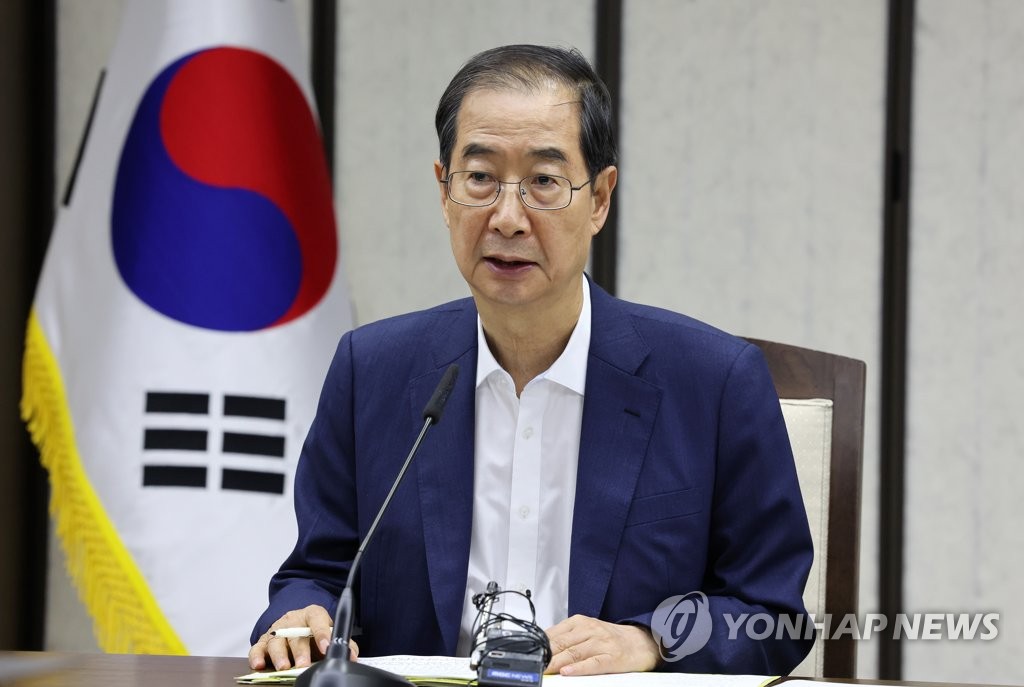