The underground detention facility in western Seoul is the first in the country and can store 320,000 cubic meters of water, the equivalent of about 160 swimming pools, according to the presidential office.

Since beginning operations in 2020, the facility has prevented major flooding in nearby neighborhoods, including during the record rainfalls on Aug. 8-9, the office said.

Yoon inspected the facility and expressed regret that similar facilities were not constructed as envisioned under a 2011 plan announced by the Seoul metropolitan government.

He emphasized the need to build anti-flooding infrastructure in cities amid the effects of climate change, which caused deadly downpours after the end of the rainy season in June and July, the office said.

Yoon instructed the finance and environment ministries to provide active support to the city government to help it construct similar facilities in areas prone to flooding, such as around Gangnam Station, Gwanghwamun and Dorim Stream.

He separately instructed the environment ministry to swiftly draw up a long-term anti-flooding plan that incorporates advanced technologies. 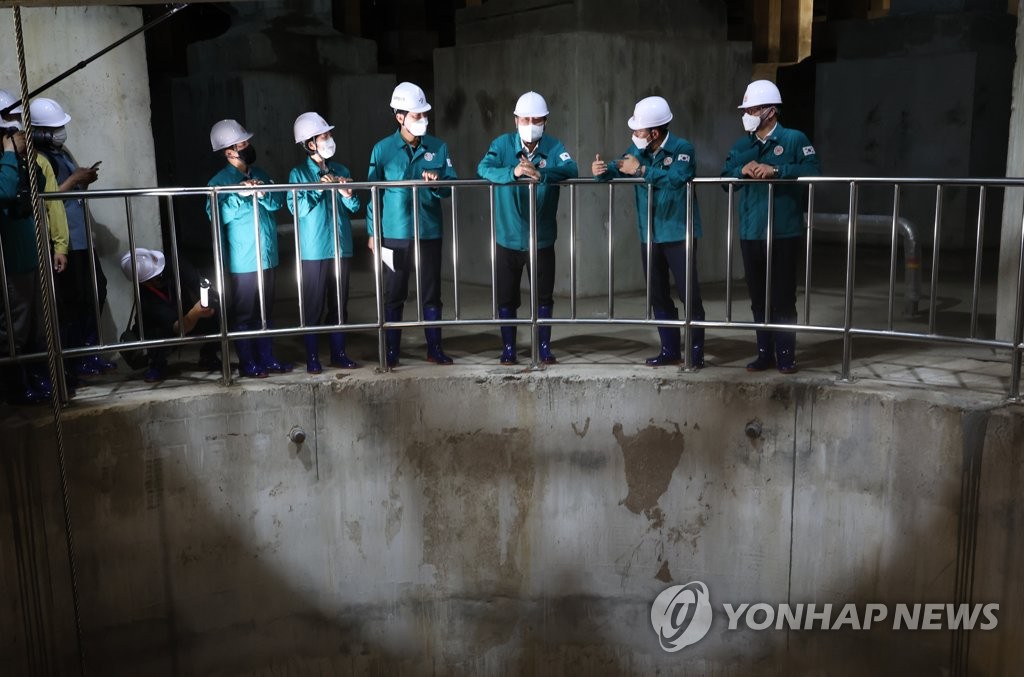