In a meeting with the troops, Lee cited a famous quote from the movie "Top Gun: Maverick" to highlight the importance of the role that each service member plays in a major battle, according to the ministry.

"It's not the plane, it's the pilot," he said, stressing human beings, like commanders and other military personnel, are "decisive" factors in winning a war.

The minister also called for South Korean and American troops to work as "one team" to develop combined operational capabilities.

Nestled in a mountain, the granite bunker complex is a primary command and control center for South Korean and U.S. forces in the event of an armed conflict. It is known to be strong enough to survive a tactical nuclear attack. 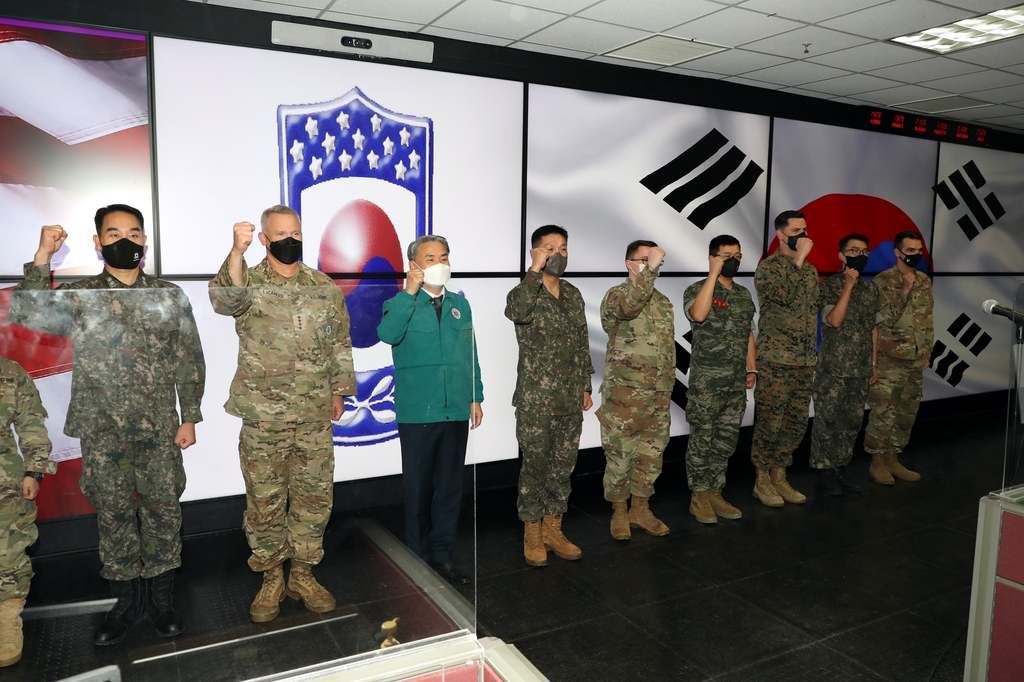