SEOUL, Aug. 24 (Yonhap) -- "Snowdrop," a romance drama TV series starring Jung Hae-in and Jisoo of BLACKPINK, has been the most talked about K-drama in the world across the social media platform Twitter so far in 2022, the company said Wednesday.

According to Twitter, "Snowdrop," which aired on JTBC from December of last year to Jan. 30, was the most tweeted K-drama show from Jan. 1 to last Thursday, followed by tvN's "Twenty Five Twenty One" and "Business Proposal" of SBS at second and third place, respectively.

The Netflix-produced zombie series "All of Us Are Dead" and "Our Beloved Summer" of SBS came in fourth and fifth, respectively, followed by "Semantic Error," produced by South Korean streaming company Watcha, and "Extraordinary Attorney Woo." 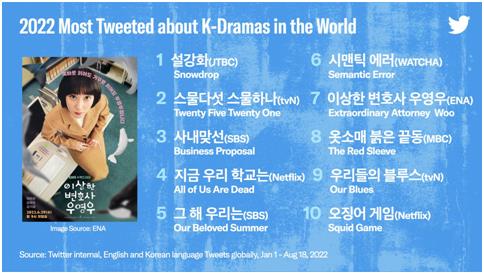 YeonJeong Kim, head of the global K-content partnership at Twitter, said that the crossover synergy between different K-content genres, such as music, TV shows, films and webtoons, has been exponentially fueling the exposure of Korean entertainment content on the social media platform in recent years.

"The appearances of K-pop idol stars in K-dramas and movies, such as Kim Se-jeong in 'Business Proposal,' Lee Jun-ho in 'The Red Sleeves,' IU in 'Broker' and Ok Taecyeon in 'Hansan: Rising Dragon,' have led to the increase in the amount of tweets of K-content," Kim said during a presentation at the Content Marketing Summit 2022 in Seoul on Tuesday. 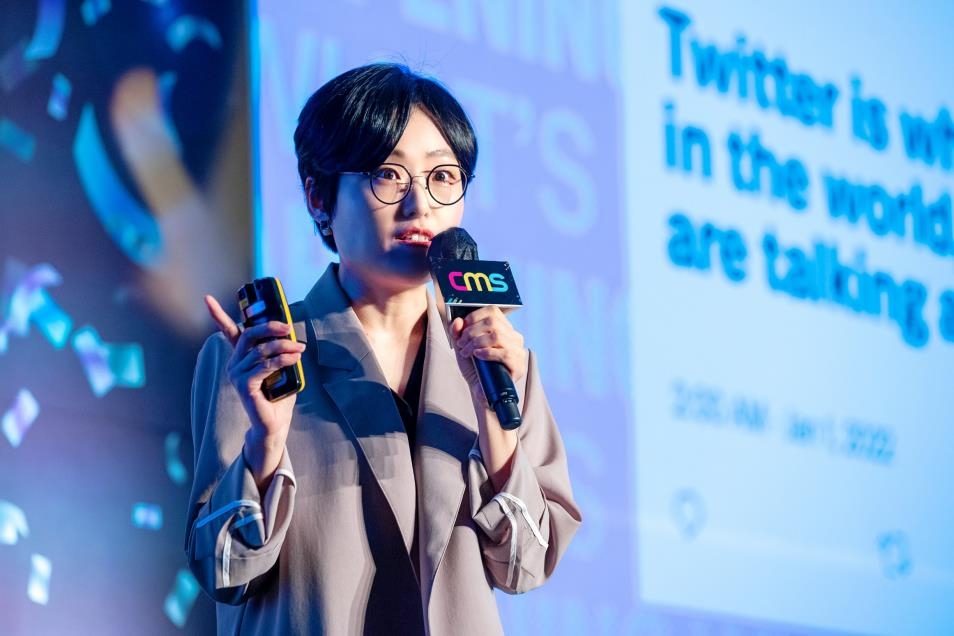 'Snowdrop' most talked about K-drama on Twitter in 2022: company

'Snowdrop' most talked about K-drama on Twitter in 2022: company