SEOUL, Aug. 24 (Yonhap) -- The unattended deaths of a poverty-stricken mother and two daughters in Suwon early this week raised the alarm about those struggling with hardships under the social welfare radar and a leaky welfare system that failed to locate and help them.

The 60-something mother and her two daughters in their 40s were found dead in their small 40-square-meter apartment in Suwon, south of Seoul, on Sunday in what police believe to be suicides due to economic difficulties and health problems.

Investigations showed the mother was fighting cancer, while both daughters had incurable diseases, barely able to pay their monthly rent of 400,000 won (US$298) due to hospital bills and the mother's hefty debt.

In a note the mother left behind, she reportedly complained, "Life was difficult due to chronic illness and debts," while neighbors said the family lived secluded without any help from the outside. 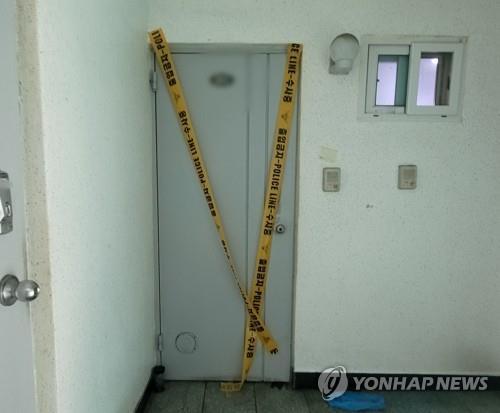 While their poverty would have entitled them to state social welfare subsidies, the family had not sought to tap into such benefits for unknown reasons, according to city officials.

Social workers, after receiving an alert over the mother's long-overdue national health insurance bills, visited her former house in the adjacent city of Hwaseong in early August to enquire about her condition only to find her and her family moved out without moving their official address.

That left the desperate family completely alone to deal with poverty and diseases.

The incident is another shrill wake-up call for the country's social welfare system following a shockingly similar suicide case of a poverty-stricken family in Seoul in 2014.

An economically distressed family of a 60-something mother and two daughters took their own lives in their basement home in Seoul's Songpa district in February 2014, leaving behind an envelope containing 700,000 won to cover their final rent and utility bills.

In the wake of the 2014 case, the government has been working to plug the holes in the social welfare system so that it can locate and rescue those struggling outside of the social security nets.

The government has since been collecting 34 types of information, warning of a potential crisis facing people in vulnerable situations, such as delinquent health insurance bills, and providing such information to regional governments in order to find needy people and come to their rescue.

Such measures relying on information based on official addresses of those who need help, however, will do little to accomplish their stated goal at a time when more than 240,000 people were registered as having no fixed address as of end-2021, experts said.

"The latest incident confirmed the government is unable to locate families in a crisis situation in the event they don't live at their formally registered addresses or their resident registrations have been nullified due to reasons like credit delinquency," Ku In-hoe, a social welfare professor at Seoul National University, said.

"The complex identification and documentation requirements for social welfare benefits need to be streamlined so that help can be provided more generously," he said.

Lee Bong-joo, another social welfare professor at Seoul National University, proposed the establishment of a community-based system where local social workers, post workers, pharmacists and real estate agents could join hands to keep watch over needy people in their neighborhoods.

"Locating people in needy situations only through computer data is fundamentally insufficient. Those in charge should go inside communities for exhaustive monitoring," Lee noted.

On Tuesday, President Yoon Suk-yeol also called for "special measures" for people suffering due to loopholes in the social welfare system, sharing the tragic story of the mother's and daughters' deaths. 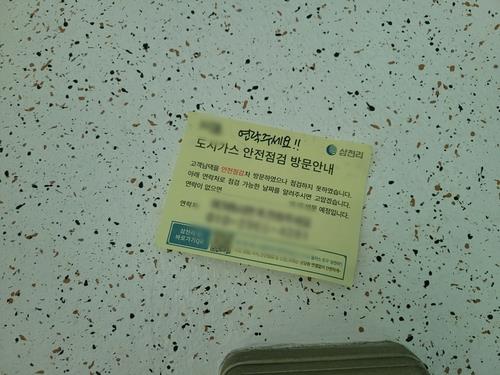