SEOUL/BEIJING, Aug. 24 (Yonhap) -- South Korea and China had joint ceremonies Wednesday to commemorate the 30th anniversary of the establishment of their diplomatic ties.

The events were held simultaneously via video links in their own capital cities, with South Korean Foreign Minister Park Jin and his counterpart, Wang Yi, in attendance, along with other dignitaries. They read out congratulatory messages of President Yoon Suk-yeol and President Xi Jinping.

Both leaders took note of the importance of the relationship between the neighboring countries and voiced hope for closer cooperation, going forward. 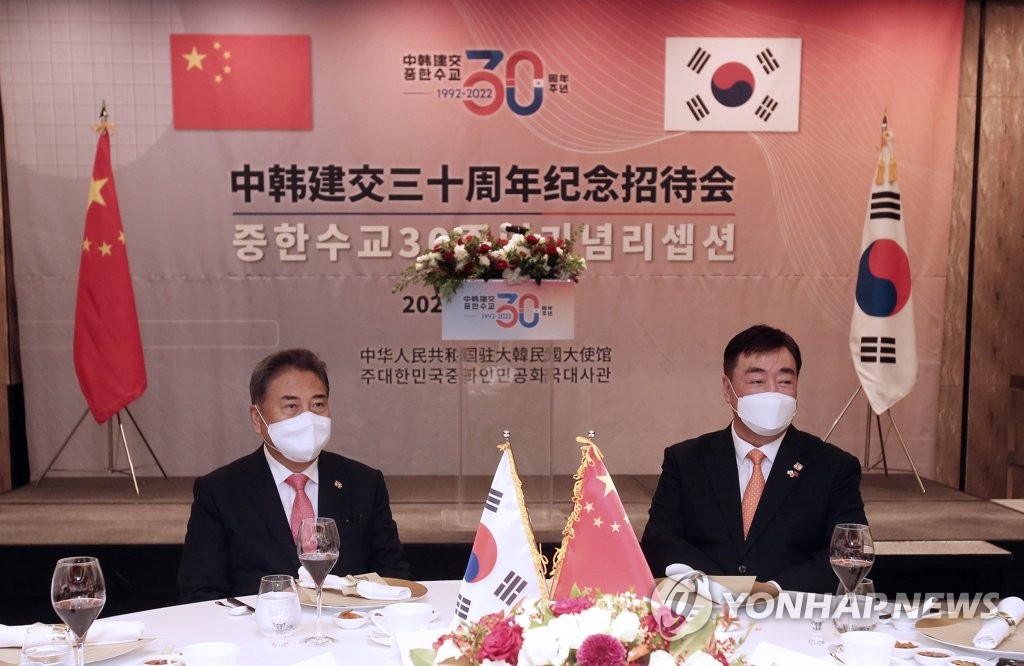 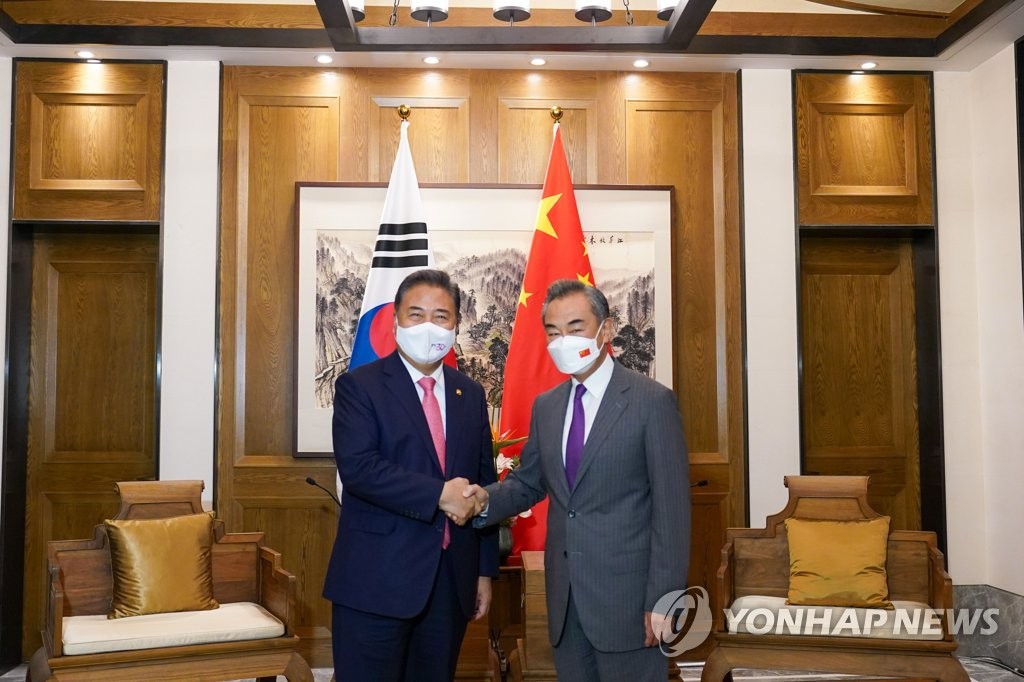 Yoon, in particular, expressed hope for a face-to-face meeting with Xi. The Chinese president agreed to strengthen "strategic communication" with Yoon, saying the two nations should become "good neighbors, friends and partners."

He said the Yoon administration will work with China for progress in his "audacious initiative" to provide bold economic aid to North Korea in exchange for its denuclearization steps.

Park underscored the need to enhance cooperation in the cultural sector and promote people-to-people exchanges.

Prior to the ceremonies, meanwhile, Park and Wang participated in a virtual session, in which the Committee for Future-Oriented Development of Korea-China Relations submitted a set of policy suggestions. 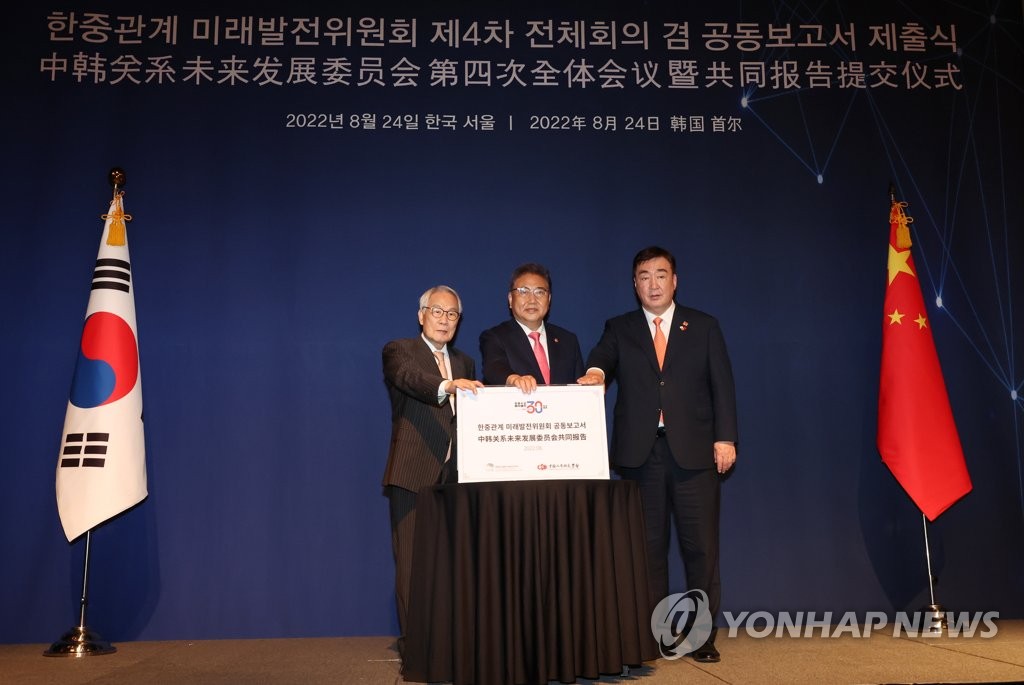 The panel, launched a year earlier, is composed of former and current government officials as well as related academics and other pundits. It is tasked with drawing up a road map on ways for the development of relations between Seoul and Beijing on the occasion of the 30th anniversary.