SEOUL, Aug. 25 (Yonhap) -- South Korea's central bank raised its key interest rate by a quarter percentage point Thursday as it struggles to rein in inflation expected to hit the highest level in more than two decades this year.

As widely expected, the monetary policy board of the Bank of Korea (BOK) voted to increase the benchmark seven-day repo rate to 2.5 percent at a rate-setting meeting earlier in the day, according to the central bank.

The move represented the central bank's seventh increase in borrowing costs -- 2 percentage points combined -- since it delivered its first rate hike in 15 months in August last year to roll back its pandemic-era easing of its monetary policy stance and cope with fast-growing inflation concerns.

It also came after the central bank raised the benchmark rate in the previous three meetings, a first in the central bank's history. In July, the BOK delivered its first-ever "big-step" rate hike of 50 basis points.

In a separate announcement, the BOK revised its inflation outlook for 2022 from the previous 4.6 percent to 5.2 percent, which is the highest projection since it introduced the inflation target system currently in place in 1998.

This year's growth outlook for Asia's fourth largest economy was also revised down from 2.7 percent to 2.6 percent. The BOK announces revised inflation and growth estimates every three months. 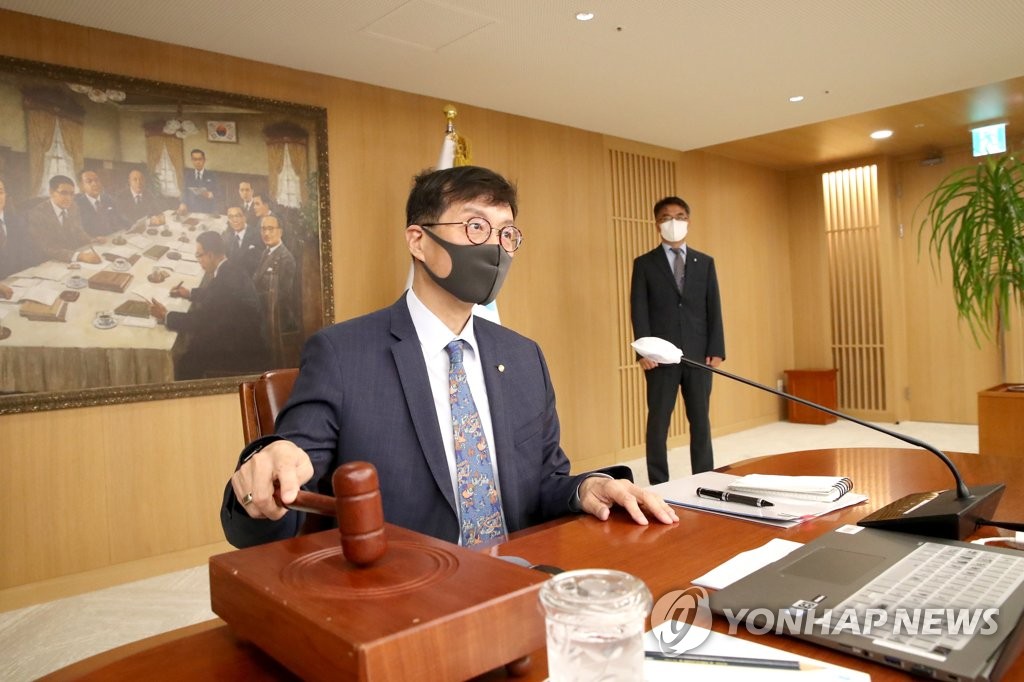 "The board judges that the policy response to prevent the entrenchment of high inflation should be continued as inflationary pressures and inflation expectations have remained high, although economic downside risks have increased at home and abroad," the BOK said in a statement.

"The board sees continued rate hikes as warranted, as inflation is expected to remain high, substantially above the target level, despite the increase in economic downside risks and underlying high uncertainties surrounding domestic and external conditions," it added.

The recent sequence of fast rate increases is intended to rein in inflation that has been under growing upward pressure from high energy prices and mounting import bills of other key materials whose supply disruptions remain snarled amid the ongoing war in Ukraine.

The country's consumer prices, a major gauge of inflation, soared 6.3 percent in July from a year earlier, the fastest pace in almost 24 years.

Inflation expectations -- people's expectations of price hikes over the next one year -- came to 4.3 percent this month, which marked a small dip from the previous month's all-time high of 4.7 percent but remained still high.

The BOK has emphasized that its priority is to fight inflation, but it remains concerned that too fast and sharp rate increases could increase the household debt burden and also excessively cool economic growth that has been recovering from the fallout of the coronavirus pandemic. 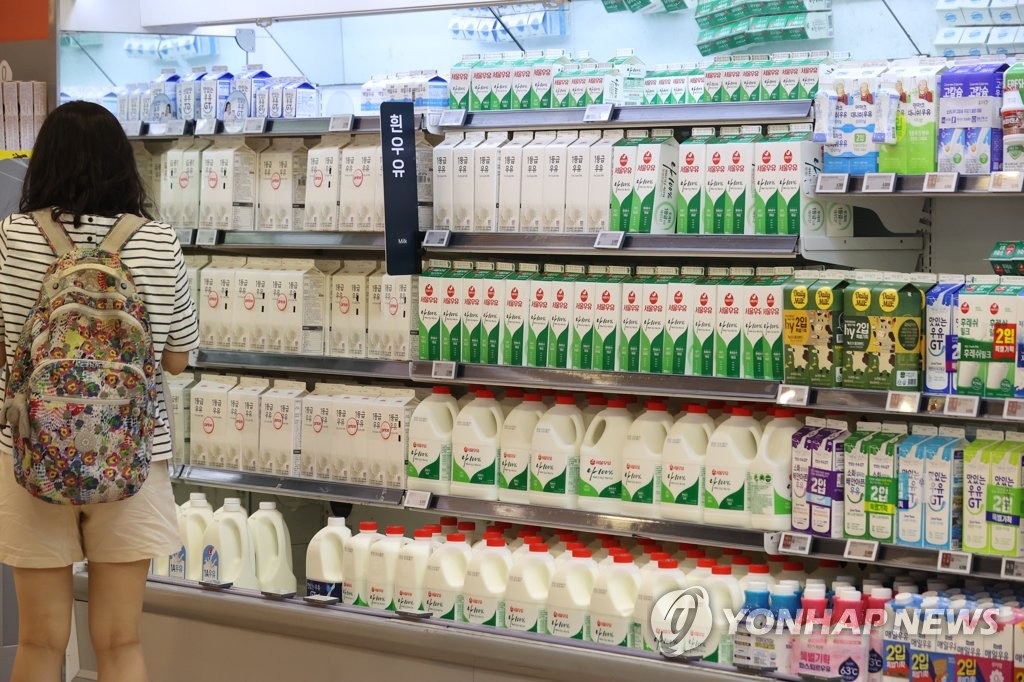 With regard to the monetary policy path in the months to come, Rhee said the central bank will maintain the forward guidance of "piecemeal" rate hikes, referring to quarter point increases rather than pushing for another big step.

"Should there be a shock, we could consider (a big-step rate hike) from a principle point of view, but at this point, we are not considering (the option)," Rhee said in a press conference after the rate-setting meeting.

The top central banker added the current market consensus of the BOK raising the interest rate to 2.75-3 percent by year's end "reasonable." He, however, declined to elaborate on how the rate will move next year, saying uncertainty is very high in predicting what will take place in the months to come.

Thursday's rate increase decision also appears to have been influenced by the Federal Reserve's swift and sharp monetary tightening, including the two consecutive months of 0.75 point increases in June and July.

As a result of such sharp rate increases, borrowing costs in the U.S. have become more expensive than those in South Korea, prompting concerns over the possibility of capital going out in pursuit of higher returns, a phenomenon that experts worry could further weaken the local currency against the dollar, make imports more expensive and put additional upward pressure on inflation.

Market watchers are now being fixated on what Fed Chair Jerome Powell will say at the Fed's annual symposium in Jackson Hole, Wyoming, scheduled for Friday (U.S. time) to get a glimpse into the near-future trajectory of the U.S. monetary policy. A rate hike by the Fed in September could widen the spread in borrowing costs between the two countries.

Rhee dismissed concerns of excessive capital outflows due to rate differences with the U.S., saying cross-border money movements are affected by many other factors but noted the BOK will keep an eye on such a possibility.

But he noted that uncertainty from the pace of the Fed's rate hike poses great risks to South Korea's economy, which is highly exposed to external risks.

"The BOK is independent of the government but that is not the case with the U.S. Federal Reserve," he said. "Whether to engineer price stability without causing an economic hard landing will determine whether there will be external shocks or not," he said.