SEOUL, Aug. 25 (Yonhap) -- Blockbuster sequels have dominated the South Korean box office in 2022 as the film industry struggles to move past the yearslong COVID-19 pandemic.

Released in May, the Korean action comedy "The Roundup," a sequel to the 2017 hit "The Outlaws," is the biggest box-office hit of 2022 so far. The crime cop movie drew a total of 12.7 million viewers, becoming the 13th most-watched film of all time in Korea. 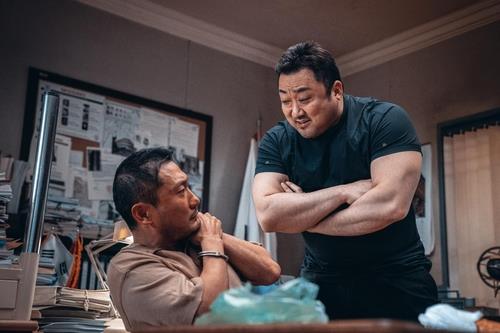 The American action drama film "Top Gun: Maverick," a follow-up to the 1986 film "Top Gun," has remained at the box office for more than two months since its theatrical release on June 22.

Its total admissions reached 7.9 million to become the No. 1 foreign film in 2022 and the second most popular overall.

The third most-watched film is the Korean historical war film "Hansan: Rising Dragon," which marked a total of 6.8 million admissions. It is a sequel to the 2014 smash-hit film "Roaring Currents," the most-viewed film ever in the country.

The American animated comedy "Minions: The Rise of Gru," the sequel to the spin-off prequel "Minions" (2015), is the country's most popular animated film this year, with 2.2 million admissions.

Marvel's "Doctor Strange in the Multiverse of Madness" and "Thor: Love and Thunder," and the Korean mystery action horror film "The Witch: Part 2. The Other One" were others sequels that made the top 10 for the 2022 box office.

Among the 10 box office hits in 2022, only two flicks, "Hunt" and "Emergency Declaration," are not sequels.

In the ensuing months of 2022, sequels to big-name hits are expected to continue to sweep the local box office.

"Black Panther: Wakanda Forever," the sequel to "Black Panther" (2018), and "Avatar: The Way of Water," the second film in James Cameron's "Avatar" (2009) franchise, are scheduled to be released in November and December, respectively. 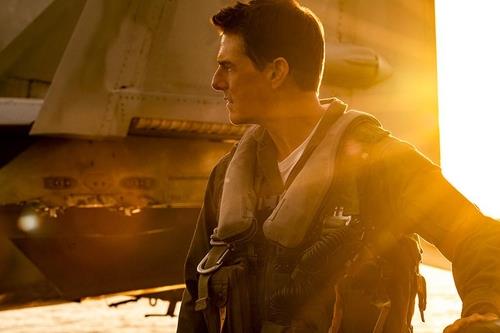 Experts noted that the strong presence of sequels came as a growing number of people have more fastidious taste in movies about two years into the stay-at-home experience.

Over the yearslong COVID-19 pandemic, the online streaming services like Netflix have risen as an effective alternative to movie theaters, while prices of movie tickets jumped by some 30 percent.

People tend to choose movies based on the success of the original films and familiar characters, and are willing to wait to see some less-anticipated flicks on online platforms at a cheaper price.

"Films have to answer the question, why do you have to come to theaters?" said film critic Jeong Deok-hyun. "People became more careful and prudent when they pay for a film because of a ticket price hikes and the presence of streaming services."