The project will see the construction of a total of four nuclear reactors by Russia's Atomstroyexport.

In a Facebook posting, Yoon said the government will spare no efforts to help develop nuclear power plants into the nation's key driver of growth. 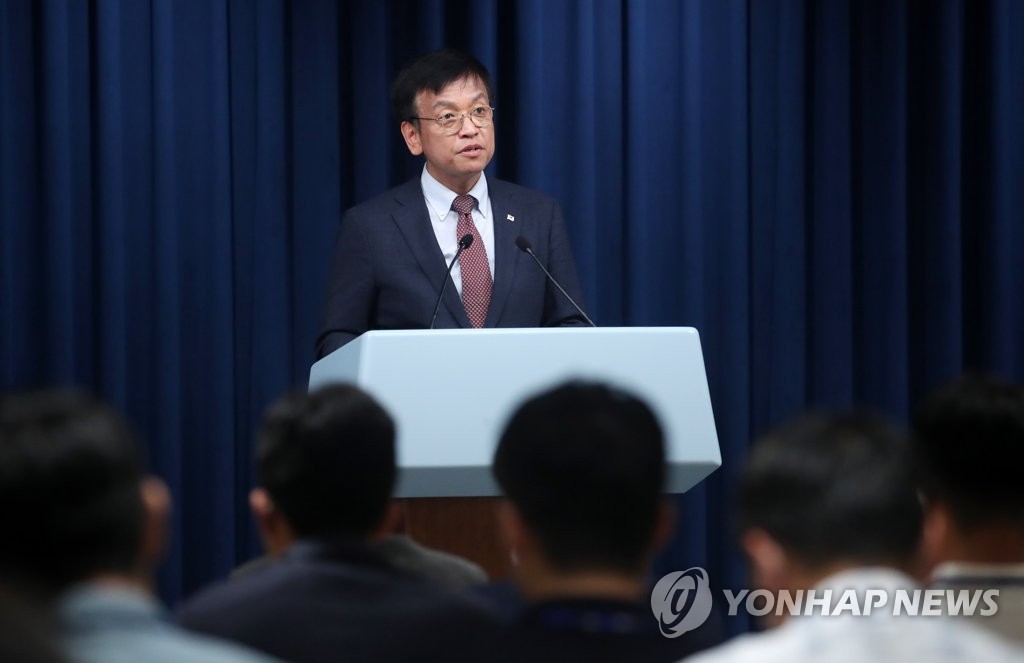 "We experienced many difficulties in the process of negotiating the contract due to unforeseen variables, such as Russia's war in Ukraine and sanctions against Russia," Choi said during a press briefing.

"The Yoon Suk-yeol government's scrapping of the nuclear phase-out policy and strong determination to export nuclear power plants combined with the efforts of relevant agencies, such as the industry ministry, foreign ministry and KHNP, to produce the final completion of the contract," he said.

Yoon took office in May on a pledge to reverse the nuclear phase-out policy of the preceding Moon Jae-in administration. Since its inauguration, the Yoon administration has set a target of exporting 10 nuclear power reactors by 2030.

Choi said the new project is expected to give a boost to the struggling domestic nuclear power industry by generating work, serve as a stepping stone to make additional inroads into the African market, and reaffirm South Korea's world-class technical skills and solid supply chains.

"We expect it to be an experience we can rely on and a strong momentum that will increase our chances of exporting additional nuclear power plants in the future to countries such as the Czech Republic, Poland and Saudi Arabia," he said.

Yoon used his trip to Spain in June to pitch South Korea's nuclear power exports to world leaders on the sidelines of the North Atlantic Treaty Organization summit.

Ahead of Thursday's signing, Yoon expressed the strong commitment of the South Korean government and businesses to ensure the success of Egypt's nuclear power plant project in a message sent via diplomatic channels to Egyptian President Abdel Fattah el-Sisi, according to Choi.

He also instructed relevant agencies to provide the United States, a "nuclear power ally," with an advance briefing on the deal, Choi said.