SEOUL, Aug. 29 (Yonhap) -- South Korean Im Sung-jae has just missed out on PGA Tour history, finishing runner-up in the season finale in a bid to become the first Asian champion of the FedEx Cup.

Despite a strong late push, Im ended in a tie for second place at the Tour Championship at East Lake Golf Club in Atlanta on Sunday (local time) at 20-under, one behind the champion, Rory McIlroy.

The winner of the Tour Championship, which followed three playoff tournaments, is also crowned the FedEx Cup champion.

McIlroy took home an US$18 million bonus, while Im and his co-runner-up, Scottie Scheffler, each earned $5.75 million. Though the money won at the Tour Championship doesn't count toward the season total, it was the biggest single payout in Im's career. He had come into this tournament with just over $5.56 million in earnings for this season.

"Honestly, my goal this week was to finish in the top five, and I never expected to finish so high," Im said in his post-round interview with the PGA Tour. "I am so pleased to have played so consistently over the four rounds, and quite happy that I posted such a great result at the most difficult competition at the end of the playoffs." 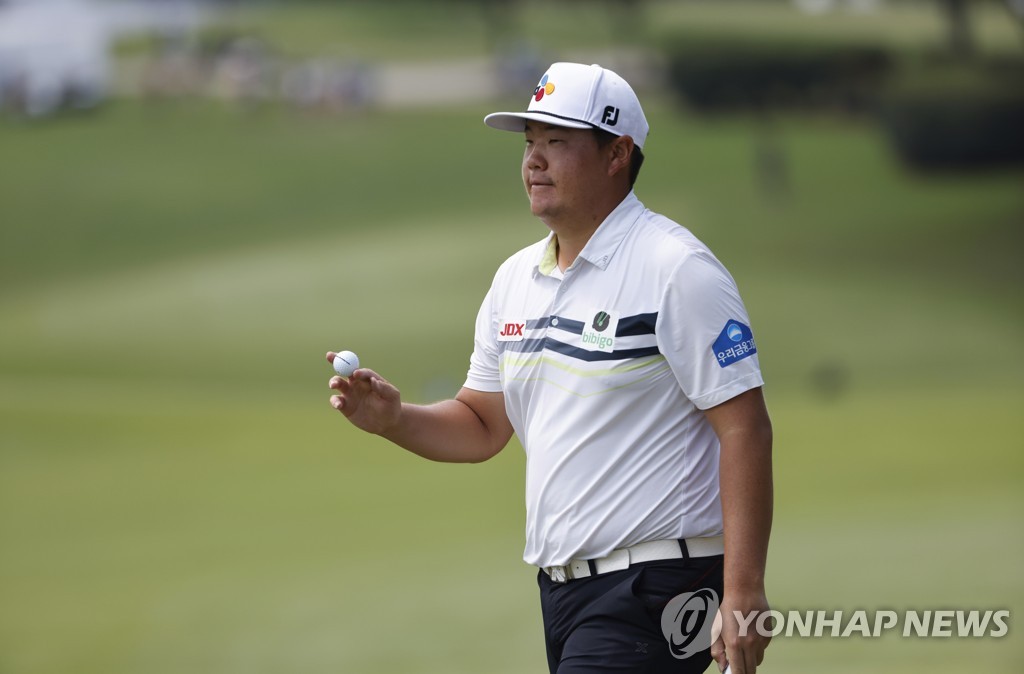 The Tour Championship was only open to the top 30 players in the FedEx Cup standings through last week's BMW Championship. Will Zalatoris, No. 3, withdrew because of a back injury, leaving 29 players to vie for the FedEx Cup title. Im was No. 10 in the standings.

Under the "starting strokes" system, the top-ranked Scottie Scheffler began the Tour Championship at 10-under, followed by No. 2 Patrick Cantlay at eight-under and so forth. Im and four others ranked from sixth to 10th started at four-under.

Im opened with a three-under 67 and followed that with a 65. When the third round was suspended due to inclement weather with only 15 players having completed 18 holes for the day, Im found himself just three back of Scheffler for the lead at 16-under. Im was four-under through 14 holes in the third round, which featured an eagle at the par-five sixth hole.

Im finished his third round at 16-under after a 66, while Scheffler caught fire down the stretch and took the 54-hole lead at 23-under.

However, with Scheffler stumbling to the tune of three bogeys over the first six holes, Im and McIlroy made their moves. 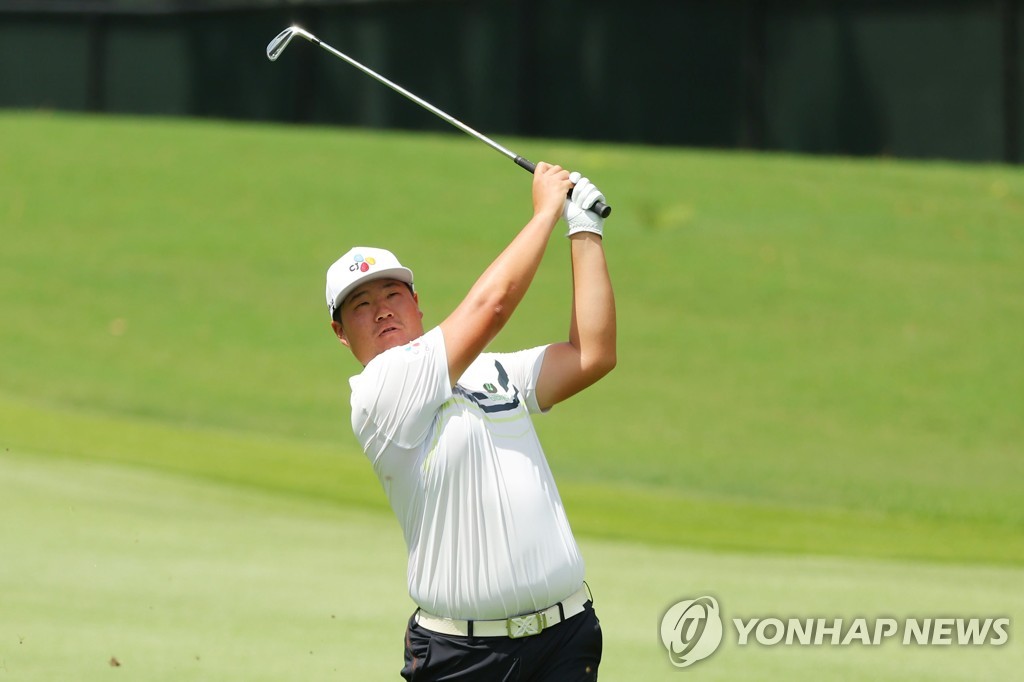 Im picked up three birdies over his first half-dozen holes and erased his bogey at the eighth with a birdie at the ninth.

Another birdie at the 12th took him to 20-under, just two off the lead. A double bogey at the 14th, the 519-yard par-four hole, where Im needed four shots just to reach the green, threatened to derail the South Korean's momentum.

But Im bounced right back with a birdie at the 15th. Another birdie at the 17th got Im to within one shot of McIlroy and Scheffler. the co-leaders who were going all over the place on the 16th in a group behind Im.

After some scrambling work, McIlroy drained a nervy par putt on that hole to stay in front, but Scheffler made bogey there to drop into a tie for second with Im.

Im blew his one last opportunity to go lower at the 18th. From the fairway, Im sent his second shot into deep rough in front of the green, and his chip shot rolled nearly 15 feet past the cup.

His birdie attempt just missed on the right side, and Im ended up at 20-under.

McIlroy made things a bit interesting at the final hole, as his second shot ended up in rough left of the green. But he got up and down from there for the par to secure his narrow victory. The Northern Ireland star is now the first three-time FedEx Cup champion. 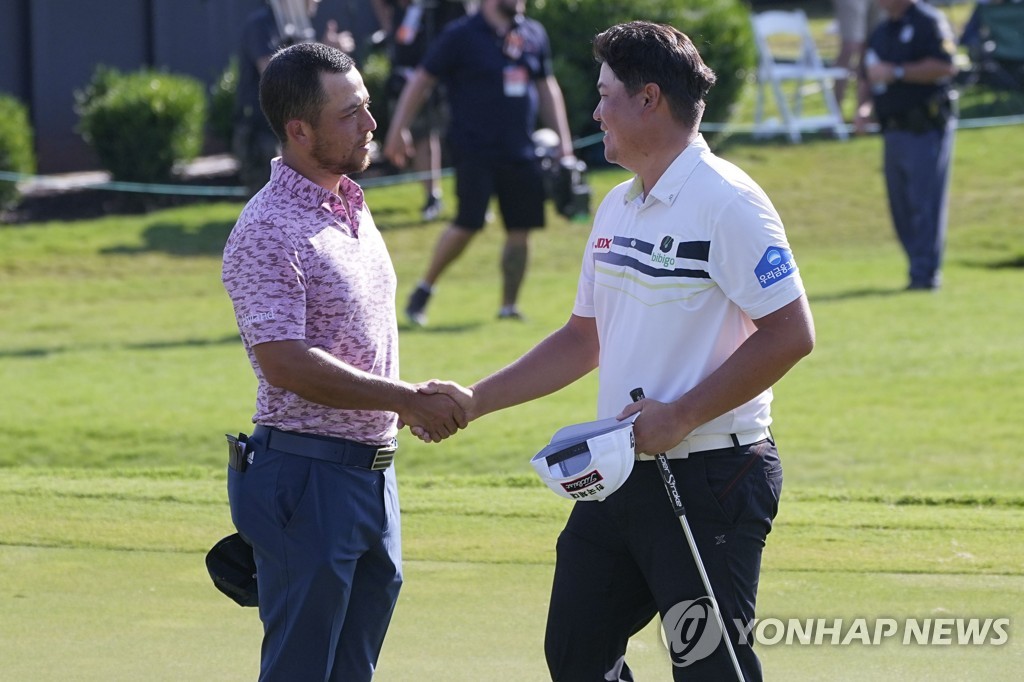 "I drove the ball well all week, except for a couple of mistakes in the first round," Im said. "It's important to keep the ball on the fairway at this course. And I was almost flawless off the tee from the second round on, and that worked to my advantage."

Lee Kyoung-hoon, the one other South Korean in the field, finished in 27th place at one-under. Lee, who was 26th in the FedEx Cup standings entering the Tour Championship, had begun the tournament at even par.

Im won the Shriners Children's Open last October for his second career win. He arrived in Atlanta on a late-season roll, with consecutive runner-up finishes followed by a pair of top-15 showings. He has now shot par or better in 20 straight rounds. 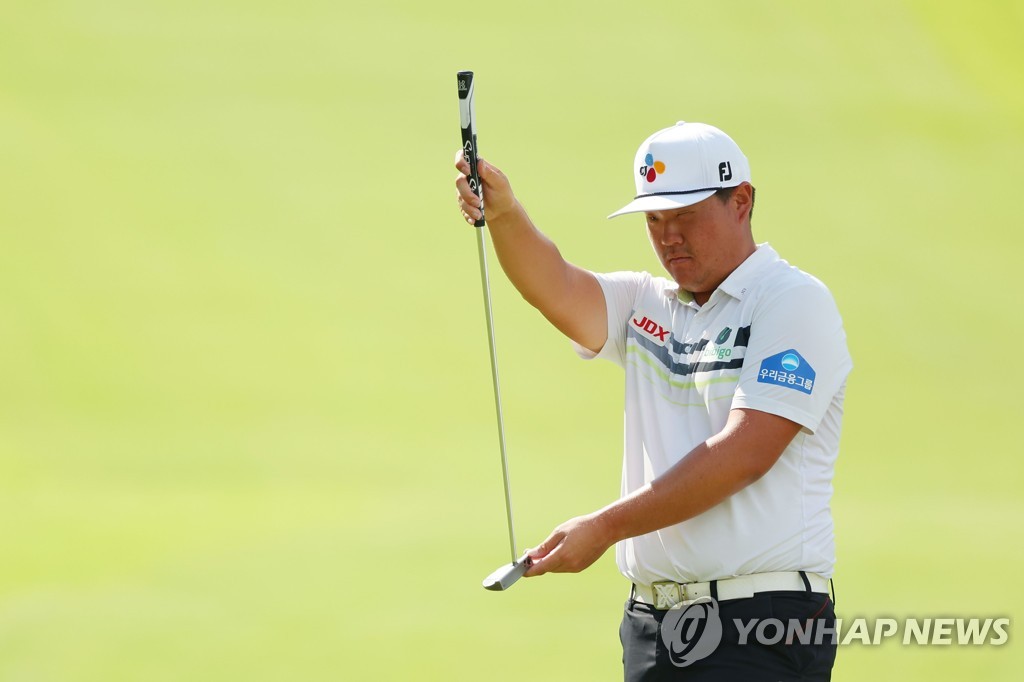