K-pop superstars BTS recently announced a massive live concert in Busan, 450 km southeast of Seoul, on Oct. 15 to support the city's bid to host the World Expo in 2030. 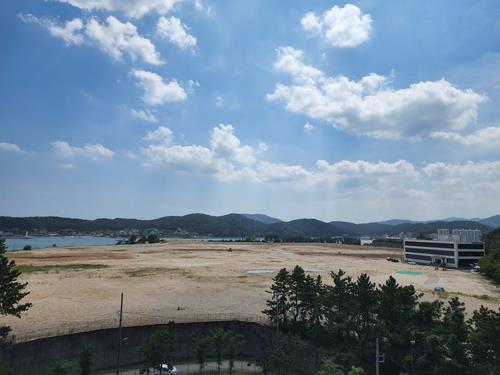 The one-day concert, titled "BTS <Yet to Come> in Busan," will take place on a makeshift stage to be installed in Gijang, northeastern Busan, in front of 100,000 fans, the largest number of spectators for a single-day BTS concert here, the group said.

The municipal government is struggling to cope with a host of problems anticipated from the simultaneous gathering of some 100,000 people at the concert venue, such as transport chaos, spread of COVID-19, safety accident and accommodation shortages.

It is also mapping out safety measures for about 10,000 people who are expected to flock to an outdoor parking lot of the Busan Port International Passenger Terminal on the same day to watch the BTS concert on a large screen.

Traffic congestion has been cited as the biggest concern.

The city authorities will thus seek to increase the number of flights between the airports of Seoul and Busan and the operations of Busan-bound KTX trains for the convenience of BTS fans coming from foreign countries or other regions.

In addition, the operations of metro trains and city buses heading to the concert venue will be increased on the day and shuttle buses will also carry concert goers, they said.

Traffic on a narrow road between the concert venue and the nearest train station will be regulated and concert goers will be advised to take a 15-minute walk.

The authorities will seek to disperse the crowd by allowing visitors to enter the venue from 9 a.m., though the concert is to begin at 6 p.m.

They will also strengthen administrative guidance to prevent hotel rip-offs in the Gijang area ahead of the BTS concert. According to hotel booking service apps, hotel rooms in the vicinity of the venue have already been sold out for Oct. 14.

The city government plans to step up quarantine measures in and around the venue to prevent a spike in COVID-19 cases after the concert.

The World Expo, overseen by the International Bureau of Expositions, or BIE, is one of the largest international festivals besides the World Cup and the Olympics.

South Korea, Russia, Italy, Ukraine and Saudi Arabia have submitted bids to hold the event in 2030. The final winner is expected to be announced in November 2023.

The Busan city government plans to invite key figures from BIE member countries to the BTS concert and brief them on the city's preparations to host the World Expo. 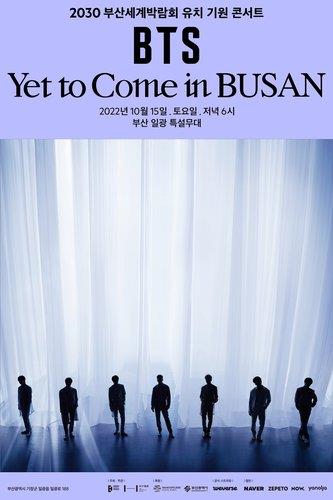