The two sides plan to push for the establishment of a joint center for partnerships on rare earth metals as part of efforts to boost mutually beneficial cooperation in the economic security field and enhance partnerships based on shared values, including democracy and human rights.

Seoul's foreign minister, Park Jin, pointed out Mongolia, rich in natural resources, is a "core partner country" to contribute to the resilience of supply chains.

"(We) will push actively for measures to cooperate (with each other) to gain synergies from the combination of South Korea's infrastructure and such minerals and resources, abundant in Mongolia, as rare earths for high-tech semiconductors and displays, and rare metals for batteries," he said during a joint press conference with his counterpart, Batmunkh Battsetseg, following their meeting in Ulaanbaatar. 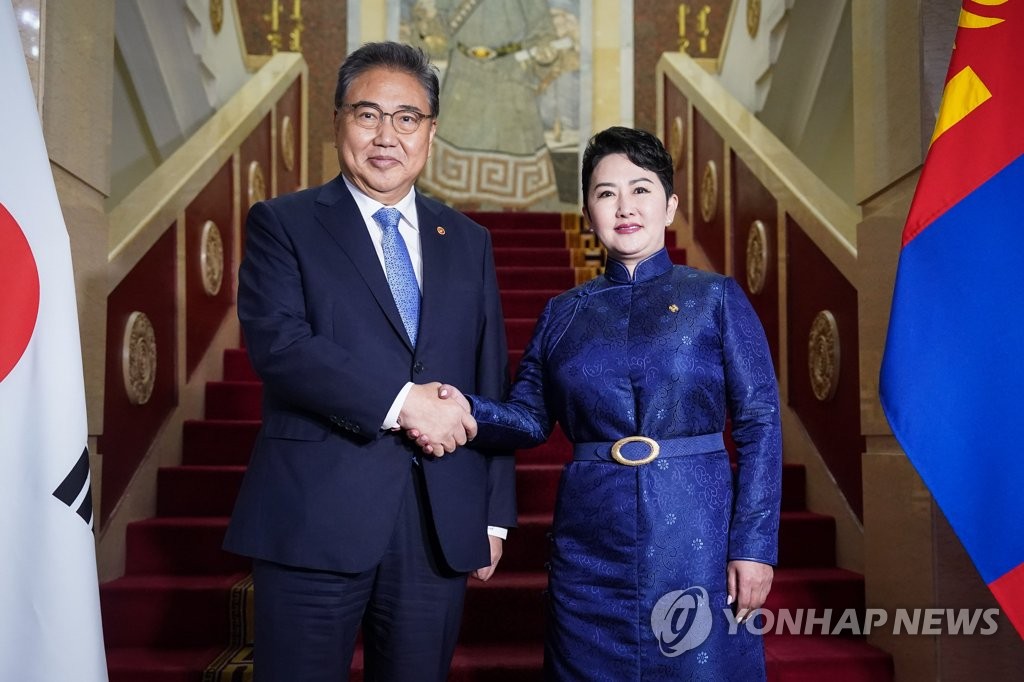 Battsetseg also said she had discussions with Park on ways for synergies between Mongolia's natural resources and South Korea's advanced technologies.

To that effect, the two sides will seek to launch an institute at an early date on enhancing cooperation on rare earth metals with the idea that Mongolia offers land and South Korea uses its official development assistance funds.

The move comes amid growing concerns that China may weaponize its natural resources. 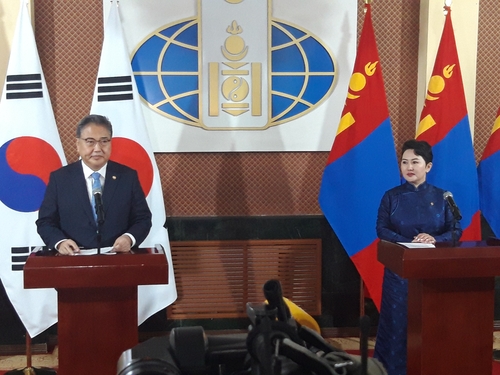 During the talks, Park briefed her on the Yoon Suk-yeol administration's policy approach toward North Korea, and Battsetseg expressed support for its denuclearization bid.

"Mongolia is a country that shares such universal values as democracy and human rights, and the two nations will work together to promote regional freedom, peace and prosperity," Park said.

The two nations also initialized a bilateral agreement on cooperation in response to climate change, as South Korea agreed to contribute proactively to Mongolia' afforestation projects, according to Park.

Park paid a courtesy call on Mongolian President Khurelsukh Ukhnaa and delivered President Yoon's handwritten letter that expresses wishes for the development of bilateral relations, according to his office.

"I visited Mongolia to personally deliver our leader's strong commitment to further develop the strategic partnership between South Korea and Mongolia, and to discuss detailed measures to develop the bilateral relationship," Park said as he handed over the letter.

Park became South Korea's first foreign minister to make an official visit to Mongolia since 2014. He is to return home Tuesday after a three-day trip to the country.