Hankook Tire currently produces 5.5 million tires a year for passenger vehicles and light-duty trucks in the Tennessee plant built in 2017 as its eighth overseas tire plant.

Hankook Tire plans to produce 12 million tires, including truck and bus radial (TBR) tires, in the expanded U.S. facility, the company said in a statement.

It will produce 11 million tires for passenger cars and light-duty trucks and 1 million TBR tires in the U.S., it said.

Hankook Tire earns over 80 percent of its total revenue abroad. Currently, it has eight plants -- two in South Korea, one in Hungary, one in the United States, three in China and one in Indonesia -- whose combined capacity reaches about 100 million tires per year.

If the U.S. plant expansion is completed, the company's global output capacity will reach 106.5 million tires a year, the statement said.

The company plans to invest 300 billion won by 2025 in upgrading its domestic facilities and to increase its global output capacity to 150 million tires by 2030. 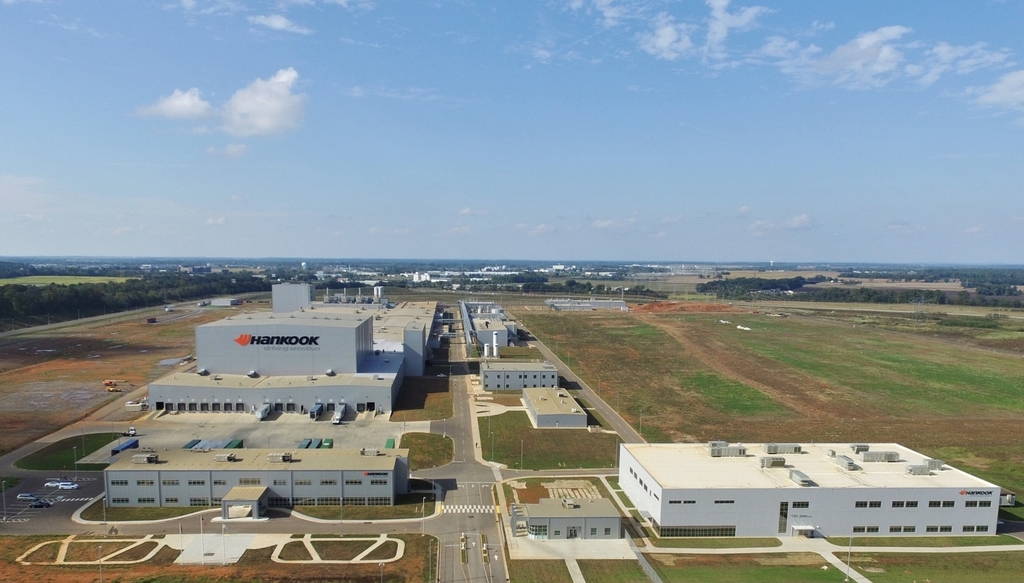