Amb. Cho Tae-yong also said the U.S. understands the reasons behind South Korea's concerns and that they are justified.

"We have especially stressed that the discriminative measures against electric vehicles from South Korea, an ally and partner in a free trade agreement, are unfair, and the U.S. side is not presenting any differing views," the South Korean diplomat said in a meeting with reporters in Washington.

"Based on such discussions, the South Korean and U.S. governments have agreed to hold talks between the governments to come up with a solution to this issue," added Cho. 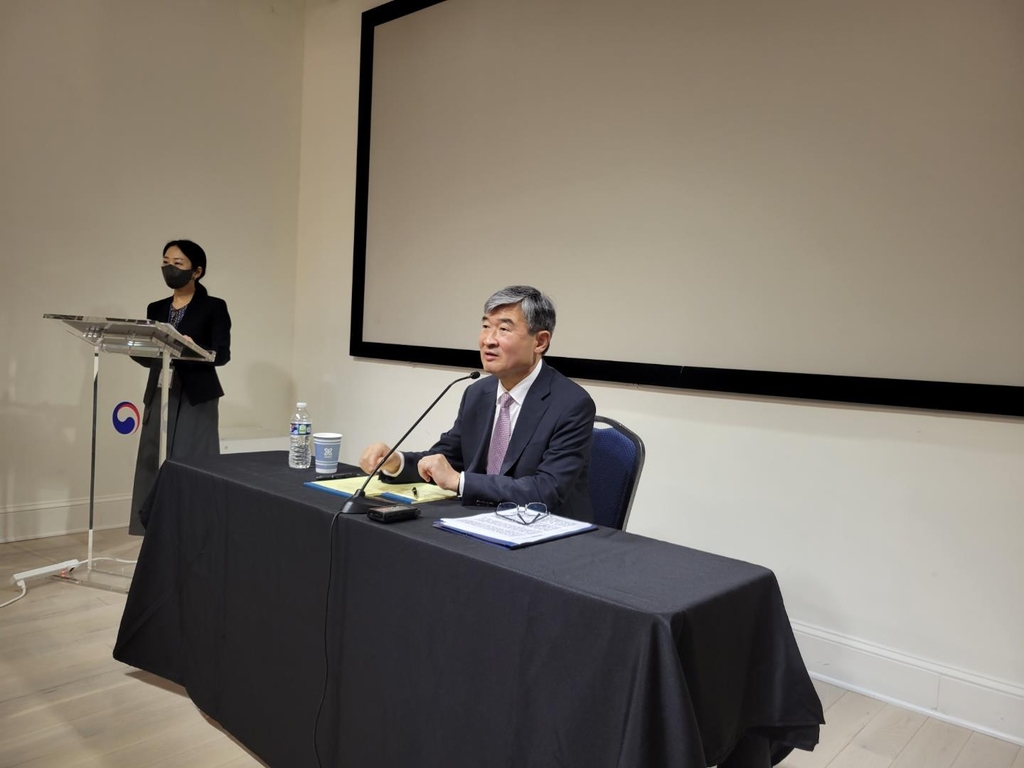 The law allows a government tax credit of up to US$7,500 for each new electric vehicle (EV) purchase, but only for cars with batteries produced in North America.

The U.S. law has been considered a heavy blow to South Korean carmakers, especially Hyundai Motor Group, which had announced plans to invest more than $5 billion in the U.S. for EVs and EV batteries during Biden's visit to Seoul in May.

"Completely addressing this issue requires tremendous efforts. (We) will work to minimize damage (to South Korean firms) through active discussions with key actors from the U.S. Congress and administration," Cho said.

A South Korean government delegation arrived in Washington earlier in the day to deliver the country's concerns over the Inflation Reduction Act.