SEOUL, Aug. 30 (Yonhap) -- South Korea's unification ministry said Tuesday it has requested a 15.1 percent hike in its 2023 budget, compared with last year, for humanitarian cooperation with North Korea for the new government's "audacious initiative" revolving around plans to offer a set of bold economic incentives to Pyongyang in return for denuclearization steps.

According to the ministry's budget proposal reported to the Cabinet, 751 billion won (US$558 million) -- a 15.1 percent increase from last year's 652 billion won -- was set aside to push for humanitarian cooperation projects with the North.

It includes more than 144 billion won for public health cooperation, a 51 percent jump from this year's budget of 95.46 billion won, with 392 billion won, an on-year increase of 18 percent, to be earmarked for assistance in food, fertilizers and other agricultural aid for next year.

The ministry also seeks to draw up a new budget of 1.45 billion won next year for international cooperation in improving the human rights situation of North Koreans.

The conservative Yoon Suk-yeol administration has taken a more proactive approach toward the North's human rights issue in a shift from the previous liberal Moon Jae-in government. 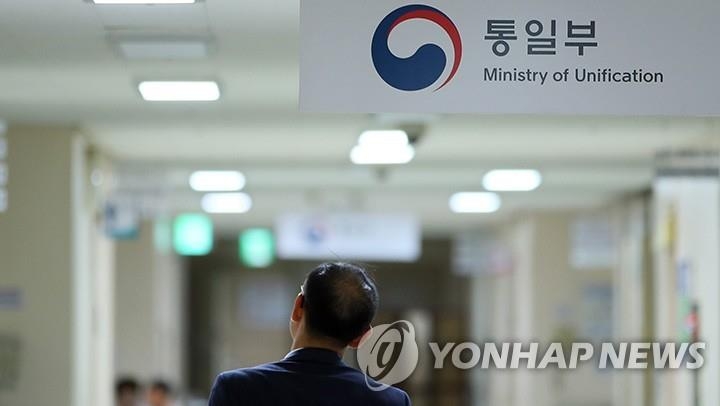 The budget for cross-border economic projects was set at 454 billion won, down 23.1 percent from this year, amid chilled inter-Korean ties and the suspension of related projects such as the joint industrial park in the North Korean border town of Kaesong.

Meanwhile, the ministry requested a total budget of 1.45 trillion won, down from 1.5 trillion won this year, marking the first drop in its budget proposal since 2018.

The decline in the total budget proposal reflected the ministry's decision to scale back support for the resettlement of defectors as fewer defectors arrived to the South amid the coronavirus pandemic.

It seeks to spend 8.72 billion won in providing assistance to North Korean defectors, an on-year decrease of 8.4 percent.