SEOUL, Aug. 30 (Yonhap) -- South Korea's trade minister called Tuesday for the United States to launch a bilateral consultative mechanism to address the adverse effects of a U.S. law that will give tax credits to electric vehicles assembled in North America.

U.S. President Joe Biden signed the Inflation Reduction Act (IRA) into law earlier this month, which could deal a further blow to Hyundai Motor Co. and Kia Corp. amid dwindling sales in the world's most important automobile market.

The two affiliates of South Korea's Hyundai Motor Group manufacture all of their EVs in South Korea for export, meaning American consumers of the Hyundai IONIQ 5 and Kia EV6 cars will not be eligible for up to US$7,500 in tax credits.

"We will strategically push for bilateral consultations with the United States in consideration of its political, economic and other various circumstances," he said in an emergency trade promotion committee meeting.

Cho Tae-yong, South Korea's ambassador to the U.S., said Monday the U.S. government has agreed to launch formal talks with South Korea on the issue, noting that the U.S. understands the reasons behind South Korea's concerns. 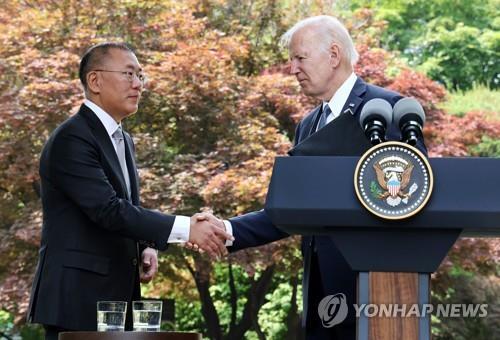 Ahn said he will visit Washington next week for meetings with U.S. Trade Representative Katherine Tai and other government and Congress officials.

Also Tuesday, Vice Foreign Minister Lee Do-hoon said in a parliamentary session that South Korea has proposed that the U.S. delay discriminatory measures on South Korean EVs by 2025, when Hyundai is set to join a list of qualifying EVs for the tax credits.

In May, Hyundai Motor announced its plan to invest $5.54 billion to start construction on a 300,000-unit-a-year EV plant in Georgia in January 2023 and begin production in the first half of 2025.

Hyundai Motor said it is considering speeding up the construction of its dedicated electric vehicle (EV) plant in the U.S.

Hyundai said it could start producing the all-electric version of the Genesis GV70 SUV at its Alabama plant late this year.

Hyundai, its independent Genesis brand, and Kia sold 128,283 vehicles in the U.S. in July compared with 143,779 units a year ago, according to data from the companies.

On Monday, South Korea sent a delegation to the U.S. to explain its stance and to have talks for possible supplementary measures. 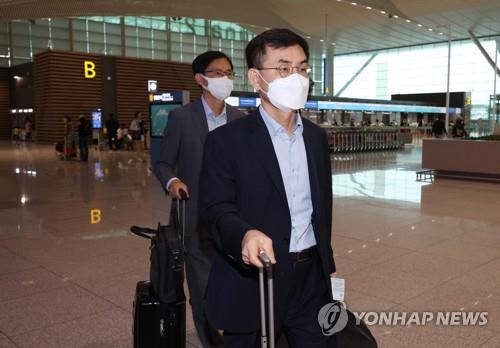