According to the data from the Bank of Korea (BOK), the rate that local banks charged on household lending came to 4.52 percent per annum on average in July, up 0.29 percentage point from a month earlier.

It was the highest level since March 2013, when the corresponding figure stayed at 4.55 percent.

The rise came as the BOK has pushed up its policy rate that serves as a benchmark for many market rates as part of efforts to rein in soaring inflation pressure.

Last week, the central bank raised the rate by 0.25 percentage point to 2.5 percent, the seventh rate increase since August last year. It also came after the largest-ever 50 basis point increase in July.

Banks' mortgage lending rate rose 0.12 percentage point on-month to 4.16 percent in July, though the rate on non-secured lending inched down 0.09 percentage point over the same period to 6 percent, the data showed.

The spread on banks' lending and deposit rates stood at 1.28 percent in July, down 0.21 percentage point from a month earlier, the data showed.

Meanwhile, lending rates on companies rose 0.28 percentage point on-month to 4.12 percent last month. This marked the highest since October 2014, when it was 4.14 percent. 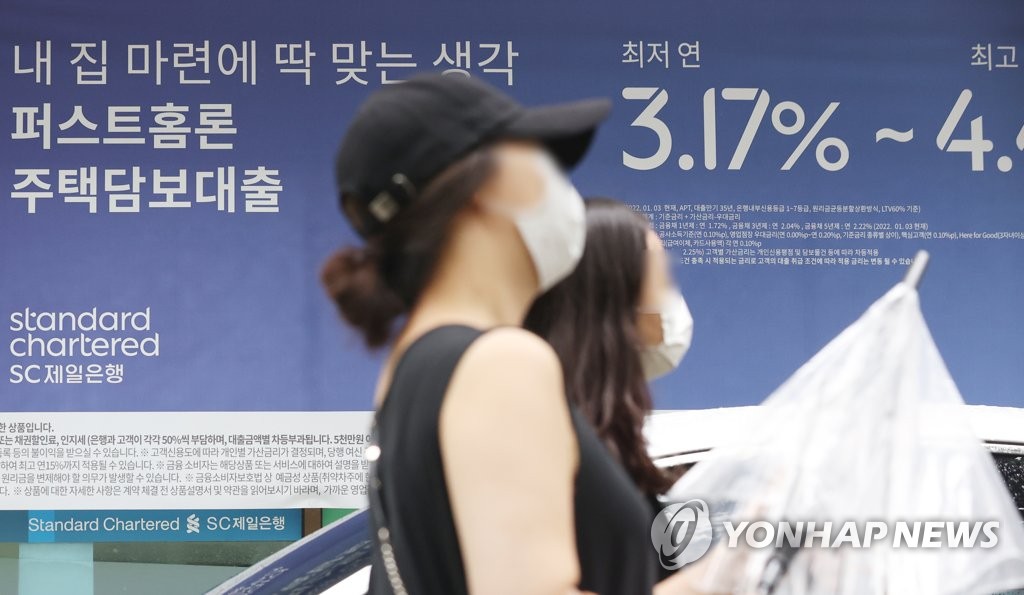