The law, signed by U.S. President Joe Biden earlier this month, calls for the expansion of tax subsidies for EV purchases, but only for those assembled in North America. It also requires U.S.-made batteries and battery materials in EVs.

South Korean carmakers, including Hyundai Motor Co. and Kia Corp., are feared to lose ground in the world's most important auto market due to the law, as they make their flagship models at domestic plants and ship them overseas.

The resolution calls on the U.S. to also provide tax benefits to Korean-made vehicles under the free trade agreement between the two countries.

The parliamentary committee on trade, industry and energy also adopted a resolution later Tuesday calling for the improvement of the IRA.

Discrimination against Korean-made EVs under the IRA can negatively affect efforts to deepen economic ties between the two countries, Rep. Youn Kwan-suk, chair of the trade committee, said, urging the South Korean government to actively respond to the issue. 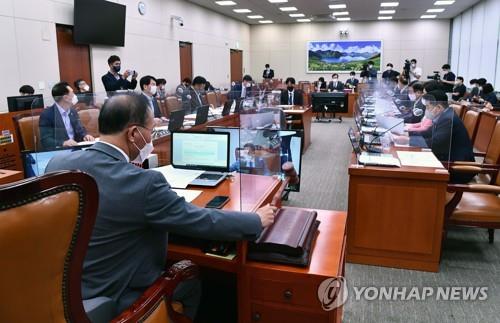