Elizabeth Salmon made the remarks in a video message for a briefing organized by Citizens' Alliance for North Korean Human Rights and the U.N. Human Rights Office in Seoul to commemorate the International Day of the Victims of the Enforced Disappearance.

On her first trip to South Korea since assuming the post early this month as Tomas Ojea Quintana's successor, she also plans to meet with senior officials from the foreign and unification ministries, as well as North Korean defectors. 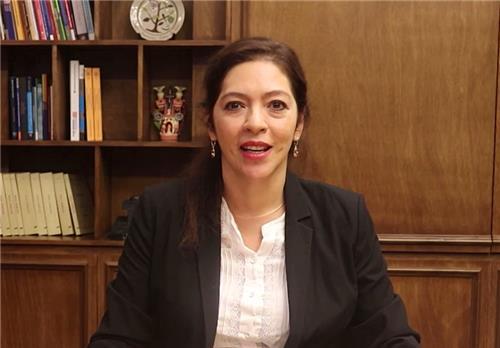 "It is needless to emphasize in this meeting that enforced disappearances is considered one of the most heinous international crimes and it is a criminal conduct which has been a preferred practice by many authoritarian regimes around the world in contemporary times," she said in the message.

"We know well that this criminal practice is not absent from the DPRK, as many brave voices have been testifying for years in different settings and situations," she added. The DPRK is the acronym for North Korea's official name, the Democratic People's Republic of Korea.

She also urged stronger efforts to reveal the fate of the disappeared persons among the international community and to bring about positive changes to the situation of the human rights in the North.

Enforced disappearance refers to when a person goes missing after having been arrested, detained or abducted by a government or state-run organization.

According to Seoul's unification ministry, almost 100,000 South Korean civilians were abducted by the North during the 1950-53 Korean War, while at least 3,835 South Koreans were taken after the war.