Asked when the government will further ease COVID-19 rules for cross-border travelers, including pre-arrival PCR tests, Han told reporters that the government is "intensively reviewing" the matter.

"I think it will be decided before Chuseok. It can be done faster than you think," Han told reporters. The Chuseok holiday begins on Sept. 9.

Currently, inbound travelers are required to show a negative result within 48 hours of their PCR tests or within 24 hours of their rapid antigen tests.

Han also voiced hope for the new leader of the main opposition Democratic Party (DP), Lee Jae-myung, to cooperate on a bill to ease a property tax for one-home owners. The DP holds a majority in the National Assembly. 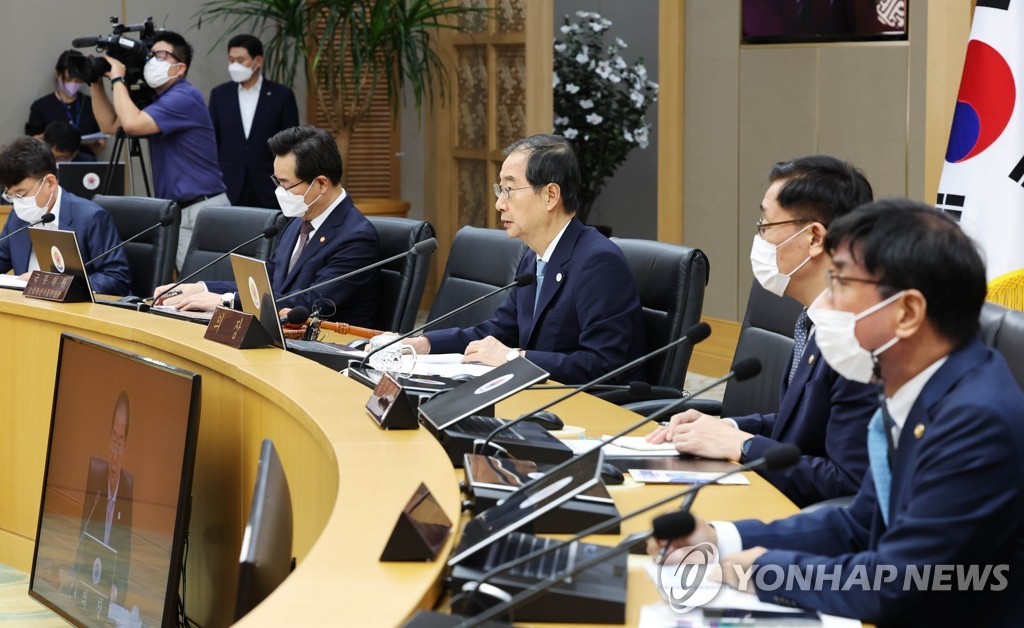