The prosecution in Suwon, 50 kilometers south of Seoul, had requested a court warrant to arrest the suspect, identified only by her surname Bae, on charges of occupational breach of trust and violation of election laws.

The Suwon District Court refused to issue the warrant, citing the need to guarantee the right to defense of the suspect and the prosecution's insufficient explanation of the need to detain her.

Lee, a former Gyeonggi governor, was elected as the main opposition Democratic Party (DP)'s new chair Sunday. In the presidential election in March, he was narrowly defeated by Yoon Suk-yeol of the People Power Party. 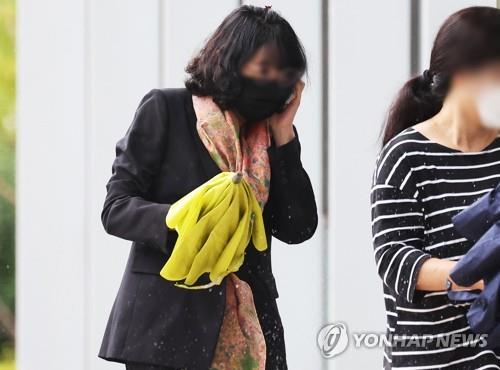 Bae, who worked for the Gyeonggi province government as a Grade 5 official from July 2018 to September 2021, when Lee served as governor, is suspected of serving as a protocol secretary for Lee's wife, Kim Hye-kyung, during the three-year-plus period.

Bae is accused of purchasing food with the Gyeonggi government's corporate cards for personal use by Kim, getting prescription drugs for the governor's wife and delivering them to Lee's residence in Seongnam, south of Seoul.

Late Wednesday, police transferred Lee's wife and Bae to the prosecution as accomplices after wrapping up their investigation. 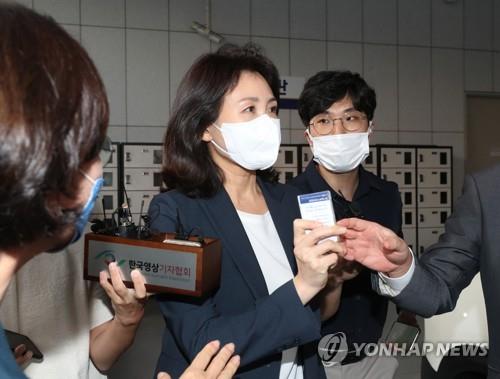 In the hearing that lasted one hour and 40 minutes, prosecutors reportedly emphasized the need for the arrest of Bae due to fears of evidence destruction, while her lawyer denied some of the charges.

Following the court hearing, Bae was asked by reporters about suspicions related to her corporate credit card use and alleged instructions from Kim but did not reply.

Kim was summoned to police a week ago to face five-hour-long questioning about her credit card misuse allegations and other suspicions. Kim reportedly denied involvement in the alleged corporate card misuse by Bae.

In January, a whistleblower, who formerly worked in the Gyeonggi provincial government as a Grade 7 official, alleged that Kim had forced provincial officials to run her personal errands, such as picking up prescription medicine under another person's name and delivering food and other goods to her home.

The whistleblower also claimed that he was instructed by Bae to use the Gyeonggi government credit cards to pay for Kim's meals on multiple occasions. He based his claim on text messages and phone calls exchanged between him and Bae.