SEOUL, Aug. 30 (Yonhap) -- Having spent nearly 14 years in the music industry as a member of once hugely popular K-pop idol group SHINee, Key has many thoughts in his head these days before he turns 31 next month.

"Am I an adult? Can I become perfect if I marry like my parents did and make a lot of money? I wrote lyrics about such anguish of life, and SM didn't hold me back from doing it this time," the dancer-vocalist said Tuesday, laughing, during an online press conference to promote his second individual full-length album titled "Gasoline." The media event was held a few hours before the album's release set for 6 p.m.

"I thought I would have to include an autobiographical story to give life to the album," he said. "I definitely need a love song written by other people, but I wrote the lyrics myself to upgrade the album's quality." 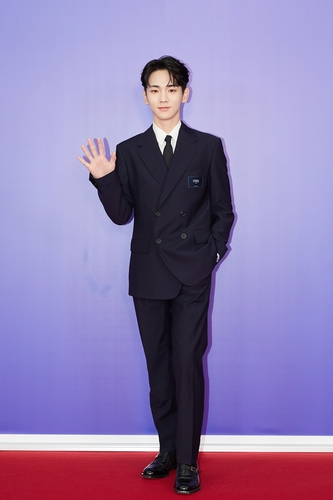 Having participated in the writing of the lyrics for four out of the 11 songs, including the title track, Key gave his all for the project.

"These days, most studio albums do not have as many as 11 songs. However, the mood varies greatly depending on whether there are one or two more songs or not. So I worked very hard to put a lot in it," he said. 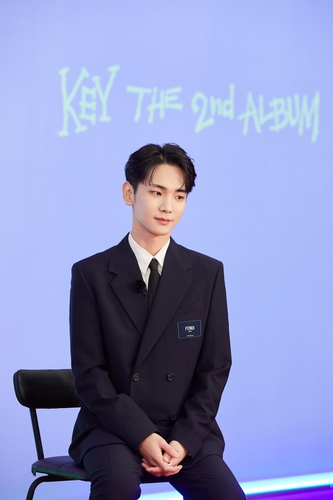 As for "G.O.A.T," one of the album's autobiographical songs, he said, "I'm now older than my mother and father were when I was a baby. I now understand that my father (who seemed perfect) must have had a lot of inward worries just like me."

The title track "Gasoline" is a hip-hop dance song that combines magnificent brass sounds with drum sounds. He compared himself, who rushes toward his goals, to a gasoline engine.

"I experienced a shortage of songs (in the process of making the album), so there were not many choices for a lead track," he said, sharing how title track was created.

"And then, I asked composer Kenzie to write mine too when he was working on 'Forever 1' for Girls' Generation. That's how this song came into the world," he said, referring to a longtime South Korean producer and songwriter with SM Entertainment who made many of the girl group's hit songs, ranging from its first single "Into The New World" (2007) to the band's last comeback lead single "Forever 1."