SEOUL, Aug. 30 (Yonhap) -- The new residence of South Korean President Yoon Suk-yeol in Hannam-dong, Seoul, and the nearby area has been designated as a military facility protection zone for higher level of security, the defense ministry said Tuesday.

To be in effect from Wednesday, the designation applies to parts of Hannam-dong, a high-end neighborhood in central Seoul resided by many top-tier politicians, diplomats and business tycoons.

"In order to protect the people's property rights, only the regions inside the (newly installed) fence will be designated as the military facility protection zone," the ministry said.

Detailed information about the new military facility protection zone will be released on the state-run website at gwanbo.go.kr at 0 a.m. Wednesday, according to the ministry.

The new facility, formerly used as the foreign minister's official residence, has been under renovation for months.

Yoon relocated the presidential office from the Cheong Wa Dae compound as soon as he took office in May to keep a campaign promise. 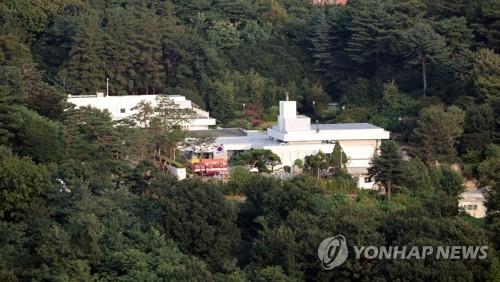