SEOUL, Aug. 31 (Yonhap) -- The South Korean currency bounced back after hitting a yearly low in intraday trading on Wednesday amid concerns over monetary tightening in the U.S. and the possibility of a global economic slowdown.

The local currency ended at 1,337.6 won against the U.S. dollar on Wednesday, up 9.1 won from the previous day's close. The won gained ground for two straight sessions.

The won got off to a weak start and fell to as low as 1,352.3 per dollar at one point, which marked this year's weakest level after it hit an intraday yearly low of 1,350.8 on Monday.

It, however, changed course and gained ground as the market drew to a close as investors apparently saw the won's recent slide as excessive in the short term and unloaded their dollar holdings to take profit.

Also behind the won's ascent are foreigner investors on the main stock bourse who turned net buyers of local shares after dumping their holdings in early trading. They bought around 200 billion won (US$150 million) worth of stocks here in net value on Wednesday.

The won has been under downward pressure as the U.S. Federal Reserve has accelerated interest rate hikes to tame runaway inflation. The won has depreciated around 12 percent so far this year.

The Fed's monetary tightening and growing worries over an economic recession in the U.S. have pushed up the value of the dollar, which is regarded as a safe asset.

He said the Fed will raise interest rates "for some time" to tame inflation and the move could bring "some pain" to households and businesses with slower growth and job losses.

The South Korean government has voiced concerns over recently increased currency market volatility, saying it will beef up policy efforts to stabilize the financial market to brace for excessive herd behavior in the wake of the Jackson Hole meeting.

The government worries that the falling won could add to upward pressure on the country's already-high inflation as it will make imports more expensive. 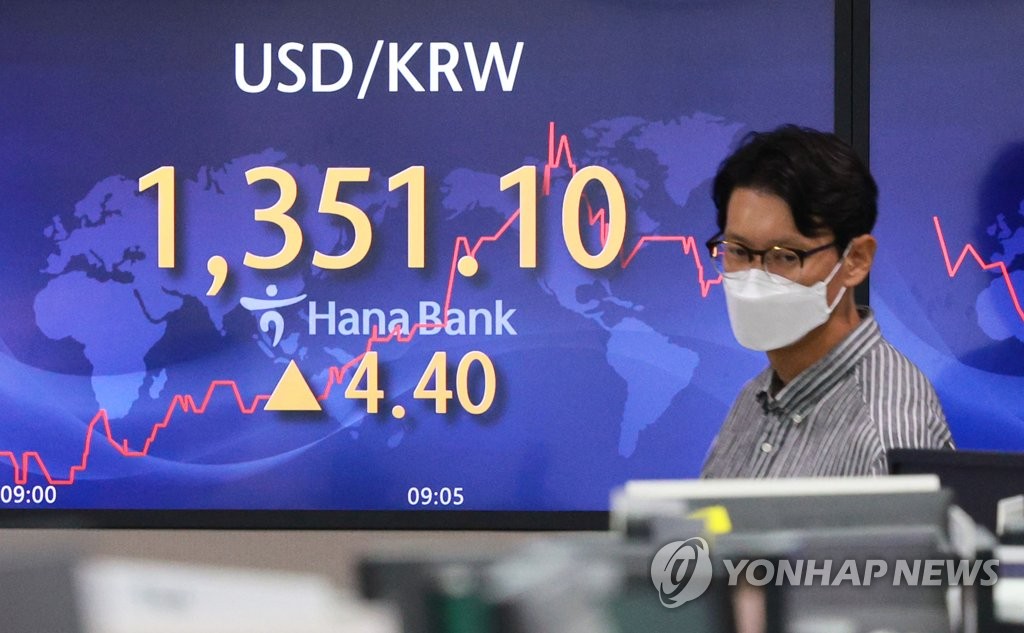