POCHEON, South Korea, Aug. 31 (Yonhap) -- South Korea and the United States staged a large-scale combined live-fire exercise near the inter-Korean border Wednesday, in a vivid display of the allies' military might amid North Korea's nuclear and missile threats.

Yonhap News Agency and three other news outlets were given access to observe the four-day exercise set to run through Thursday, as the allies are pushing to beef up combined drills amid concerns about possible North Korean provocations like a nuclear test.

The exercise coincided with the ongoing Ulchi Freedom Shield (UFS) -- a scaled-up edition of the allies' key regular training that has hammered home a message: Persistent North Korean threats will result in the allies' sturdier deterrence and cohesion.

It marked the first division-level live-fire exercise led by the 2nd Infantry Division/ROK-U.S. Combined Division -- a unit launched in 2015 as an emblem of the alliance. ROK stands for South Korea's official name, Republic of Korea. 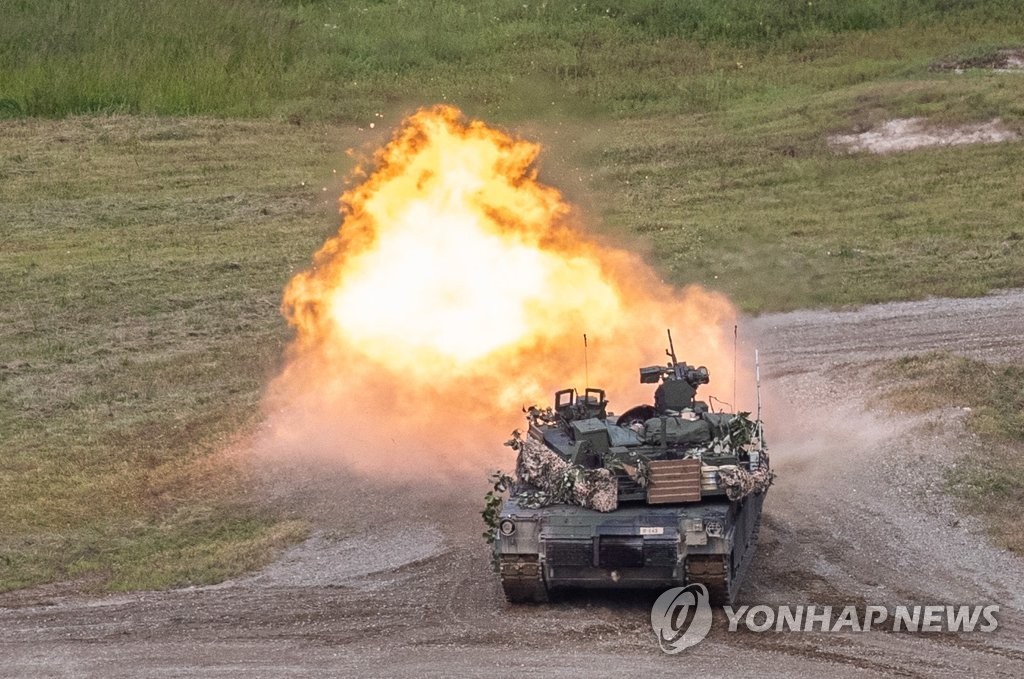 "The greater the threat, the greater the alliance ... after 72 years, that alliance is pretty strong," said Brandon C. Anderson, the deputy commander of the combined division.

In a message of assurance for South Koreans, Anderson stressed the robustness of the two countries' security partnership forged during the 1950-53 Korean War.

"I would say that there is no stronger alliance in the world than the U.S.-ROK alliance. That provides hopefully the stability and the competence," he said. "We've never let down our guard. Nor is there an intention."

Such a deterrence message reverberated throughout the CJFCX that proceeded concurrently in four different training sites across the nation -- Pocheon, the southwestern city of Gunsan, the eastern city of Gangneung and the western border city of Paju.

Wednesday's training in Pocheon involved drills with K9 and Paladin self-propelled howitzers; 4.2-inch and 120-mm mortars; K1A2 and M1A2 Abrams tanks; and A-10 aircraft -- an amalgam of weapons underlining the allies' firepower.

The Pocheon drills brought together hundreds of troops from the U.S. rotational "Ready First" Brigade and the U.S. Seventh Air Force as well as those from the Korean Army's Capital Mechanized Infantry Division and its 28th Division.

In the overall CJFCX, some 900 troops from 17 South Korean and U.S. units have participated, conducting multiple launch rocket system (MLRS) drills in Gangneung and a mortar live-fire exercise in Paju.

The planned Apache Hellfire air-to-surface missile drills in Gunsan was canceled due to adverse weather.

The keyword for the high-profile exercise was interoperability, according to Brig. Gen. Kim Nam-hoon, the deputy chief of the combined division.

"This is an exercise taking place under a unitary command structure," Kim said. "Through this real-world training, we will enhance interoperability and further solidify the allies' combined defense posture."

Allied forces focused on three components of interoperability -- communication between the two militaries, technical cooperation and the process of the allies' defense and combat systems, according to Anderson.

The disclosure of the drills came against the backdrop of the allies' stepped-up efforts to publicize their security collaboration -- unseen for years under the preceding liberal Moon Jae-in administration's drive for inter-Korean rapprochement. 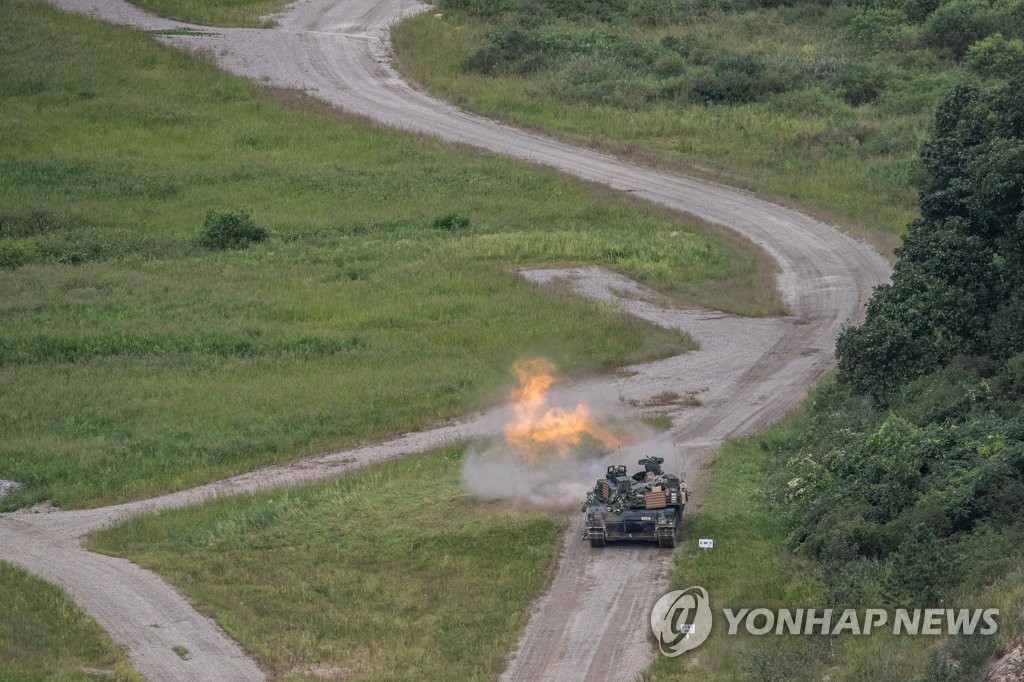