Yoon made the promise as he presided over an emergency meeting on the economy and public livelihood matters at a container terminal at Busan New Port in Changwon, about 300 kilometers southeast of Seoul. 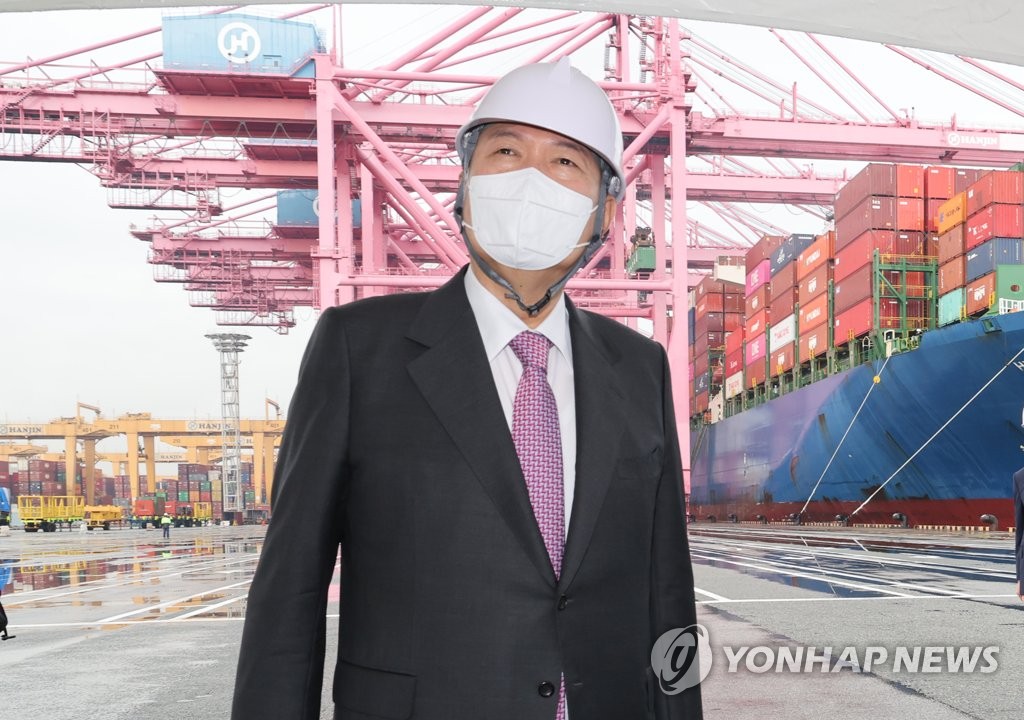 "We've recently seen record high volumes in exports, but our export forecasts for the second half of the year are not that bright because of a fall in semiconductor prices," he said during the meeting attended by government and business officials, including from the banking and construction sectors.

"First of all, the government will do its best to immediately resolve these difficulties of export businesses," he said, announcing plans to increase trade financing for local exporters to a record 350 trillion won (US$261 billion).

"We will also dedicate ourselves to resolving difficulties on the export front lines related to logistics, marketing and overseas certifications," he added.

South Korea suffered a trade deficit for the fourth straight month in July as high oil and commodity prices pushed up the country's import bills.

Yoon said the government will focus on responding to three major risks -- a decline in exports to China, high energy costs and falling chip exports -- to improve the trade balance.

He also promised to create favorable conditions to win overseas construction deals by building a cooperation mechanism with other countries and by using his diplomatic skills.

"The overseas construction sector is still highly uncertain but there are also clear causes for opportunities, such as high oil prices and an endemic," Yoon said.

Yoon called for new strategies to enter foreign construction markets, such as by combining construction work with laying traffic and 5G networks, saying he is confident the country will realize a second overseas construction boom if it continues to win deals, such as the recent export of arms to Poland and a nuclear power plant construction project in Egypt.