SEOUL, Aug. 31 (Yonhap) -- Rep. Chang Je-won of the ruling People Power Party (PPP), one of President Yoon Suk-yeol's key associates, said Wednesday he will not take an appointed post under the Yoon administration as he took responsibility for leadership turmoil at the PPP.

The PPP has been in turmoil since former PPP Chairman Lee Jun-seok's party membership was suspended earlier last month. The PPP formed an emergency leadership committee that automatically removed Lee from office, but Lee neutralized the move by winning a court injunction last week.

"I feel infinite responsibility over the recent confusion in the party as a veteran lawmaker and Yoon's former chief secretary on his transition team," Chang wrote on his Facebook page, adding he will only focus on his legislative work.

Chang also said he will not engage in activities that are deemed to be factional.

Chang is considered the core member of the party fraction close to Yoon, known as "Yoonhaekgwan" in Korean, along with PPP floor leader Kweon Seong-dong.

Yoonhaekgwan has been at the center of a row between Yoon and the former PPP Chairman Lee.

Lee was ousted from power last month after the PPP's ethics committee suspended his party membership for six months, which Lee calls a political machination engineered by Yoonhaekgwan.

On Tuesday, some PPP lawmakers reportedly requested Yoonhaekgwan to stand down and go low-key to resolve the internal strife.

"I hope the party can minimize the conflict and quickly go back to normal to successfully support the Yoon Suk-yeol government," Chang said. 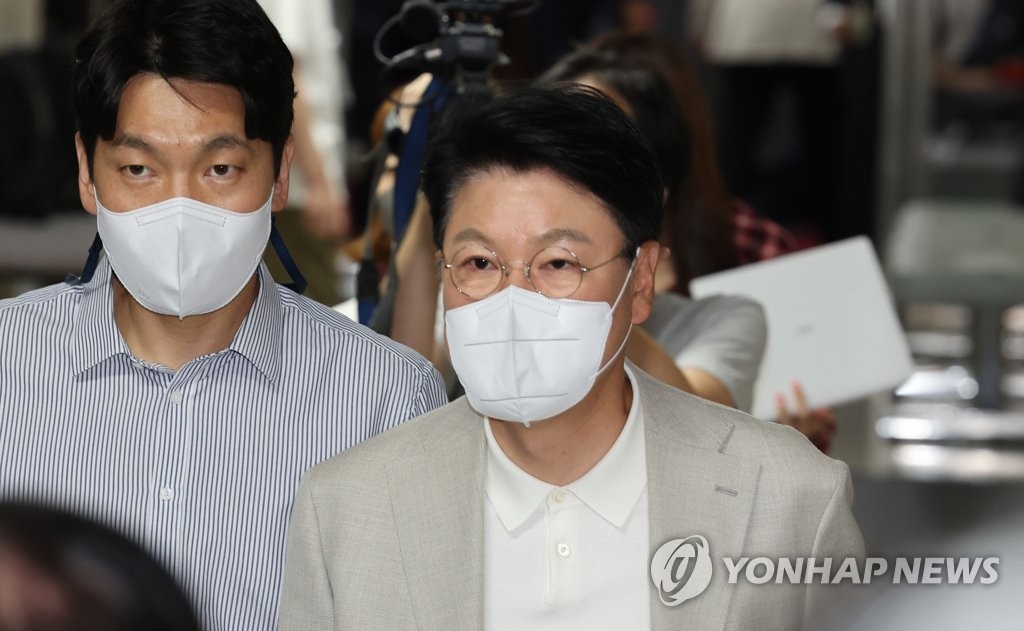