SUWON, South Korea, Aug. 31 (Yonhap) -- The wife of opposition leader Lee Jae-myung was named Wednesday as an accomplice to alleged corporate credit card misuse, as police wrapped up the probe and transferred the results to the prosecution for further investigation.

Police in Suwon, 50 kilometers south of Seoul, said they booked Lee's wife, Kim Hye-kyung, and one of her aides, surnamed Bae, on charges including occupational breach of trust and violation of election laws.

Bae, a former Gyeonggi Province official, is accused of using corporate credit cards of the provincial government for Kim's personal shopping and eating from 2018 through 2021, when Lee served as Gyeonggi governor.

The allegations surfaced early this year ahead of the March 9 presidential election.

Lee, who represented the then ruling Democratic Party (DP) in the election, was narrowly defeated by Yoon Suk-yeol of the People Power Party. Lee was elected to the National Assembly in a June by-election and was then elected DP's new chair Sunday. 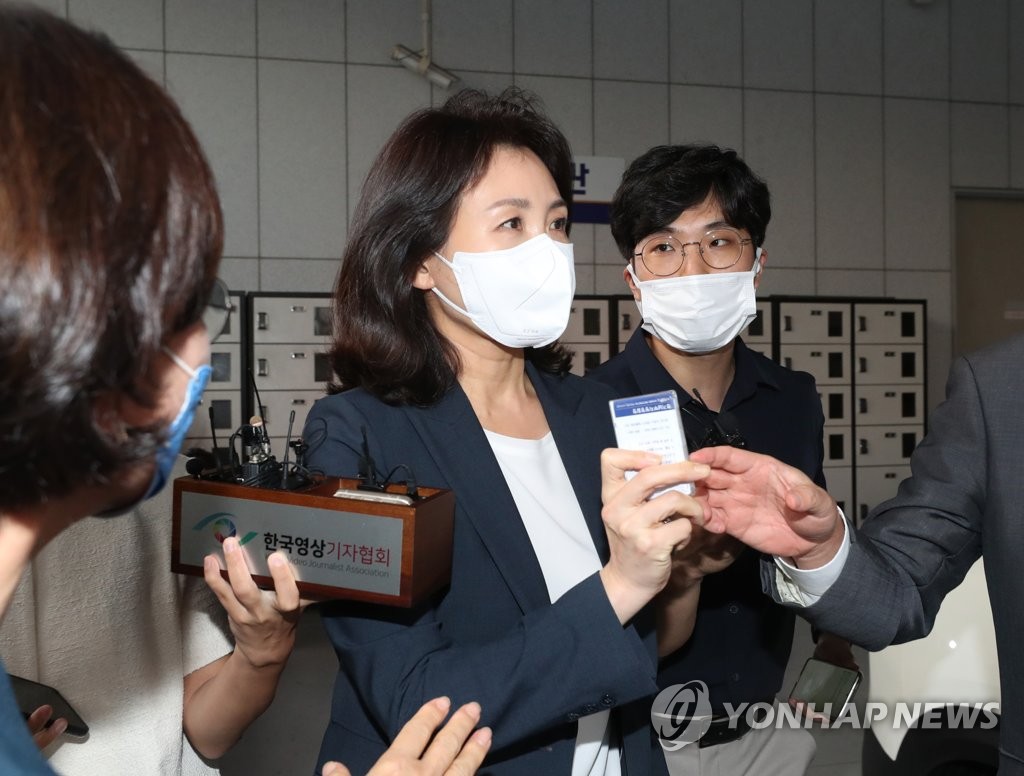 The value of alleged misuse by Bae is said to reach 20 million won (US$14,850) in about 150 cases, and some 2 million won of the total is suspected to be directly linked to Kim, according to police probe results.

She has denied any involvement, and Bae also said it was her own decision to use the corporate cards for Kim.

But police suspect Kim was in complicity with Bae, saying Bae would not be able to use the cards without Kim's consent or order.

Bae is believed to have played a role as a protocol secretary for Lee's wife and has long been one of her close aides.

The Suwon District Court earlier Wednesday denied an arrest warrant request for Bae, citing the need to guarantee her right to defense and the prosecution's insufficient explanation of the need to detain her.

Police wrapped up the investigation and sent the case to the prosecution with nine days to go before the statute of limitations for Kim's case.

But they continue the probe into other allegations surrounding them, including one that Kim had forced civil servants to run personal errands for her.

In February she issued an apology, saying she took full responsibility for what transpired as she failed to draw a line between personal and official business.