But the country posted a trade deficit of $9.47 billion last month, the largest amount to date, as imports jumped 28.2 percent on-year to $66.15 billion on soaring global energy prices.

Imports have exceeded exports in South Korea since April, and it is the first time since 2008 that the country has suffered a trade deficit for five months in a row.

The deficit has grown from $1.6 billion in May to $2.49 billion in June and further to $4.8 billion. The figure for April came to $2.48 billion, according to government data. 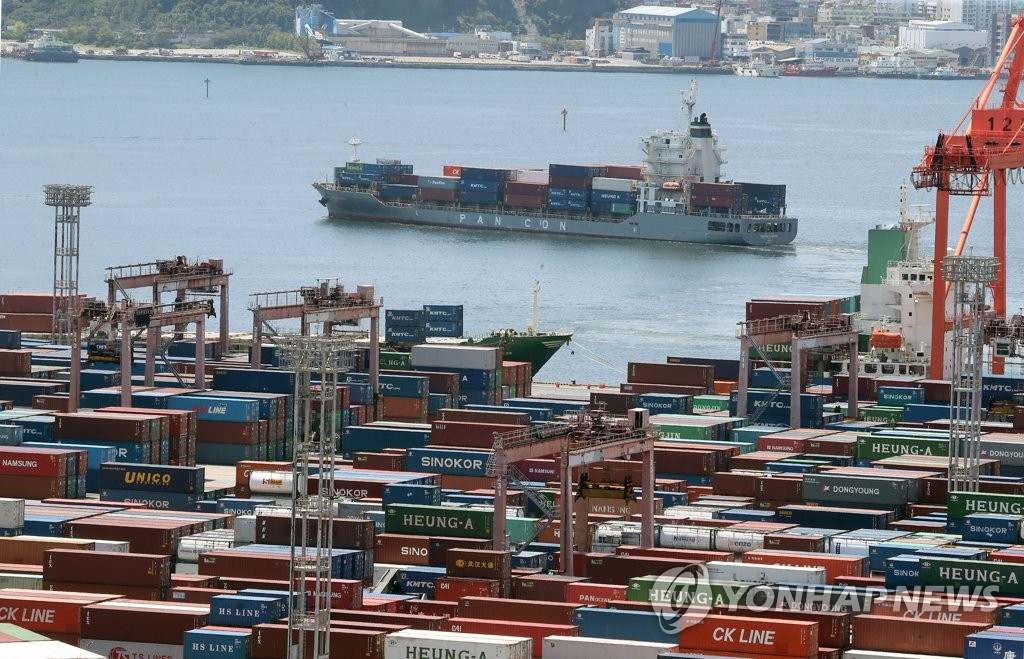 The growth in exports had slowed down in recent months, as they began to mark a single-digit growth in June following a 15-month-long double-digit increase.

Overseas sales of semiconductors, a key export item, fell 7.8 percent on-year to $10.78 billion on dwindling demand and a fall in prices amid a global economic slowdown, according to the ministry.

It was the first on-year decline in 26 months. Semiconductors accounted for about 20 percent of South Korea's exports.

By nation, exports to China marked a 5.4 percent on-year fall to $13.13 billion amid its economic slowdown. China is South Korea's No. 1 trading partner.

Exports to the European Union went up 7.3 percent to $5.4 billion, and sales to India and the Middle East jumped 27.1 percent and 7.8 percent, respectively.

Exports bound for the Commonwealth of Independent States shed 10.6 percent to $860 million in August over the prolonged Russia-Ukraine war, the ministry said.

"Despite the record-high exports for any August last month, we are facing multiple risk factors," Industry Minister Lee Chang-yang said. "We take the recent situation regarding the trade deficit seriously and will extend all-out efforts to prop up exports and improve the trade balance."

On Wednesday, the government announced a set of measures to boost exports.

The measures include providing up to a record 351 trillion won (US$260 billion) in trade financing to local exporters, nurturing such future industries as bio and battery sectors and expediting large-scale export projects in nuclear power and defense fields.