SsangYong Motor sold 10,645 vehicles in August, up from 7,675 units a year earlier despite an extended global chip shortage, the company said in a statement.

SsangYong's lineup consists of the Tivoli, Korando, and Rexton and Rexton Sports SUVs. It plans to launch the all-new Torres SUV in the domestic market this month and export it initially to Chile later this year.

On Friday, the Seoul Bankruptcy Court approved SsangYong's rehabilitation plan, paving the way for the debt-laden carmaker to get its business back on track. 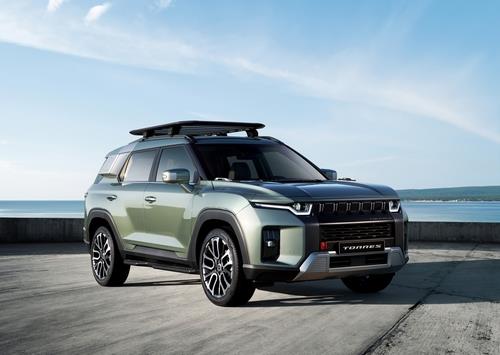