The powerful typhoon is forecast to land 70 kilometers southwest of the port city at 9 a.m. next Tuesday, according to the Korea Meteorological Administration (KMA).

The typhoon, the 11th this year, is expected to hit the country as a "strong" typhoon, the third strongest in a four-tier system, with an atmospheric pressure of 950 hectopascals at its center and a maximum wind speed of 43 meters per second, the KMA said.

To prepare against possible damage from the typhoon, President Yoon Suk-yeol ordered Interior Minister Lee Sang-min to come up with the highest response measures, according to the presidential office.

The interior ministry said it began operations of the Central Disaster and Safety Countermeasures Headquarters in the morning and raised its typhoon alert level by one notch to "yellow" from "blue." 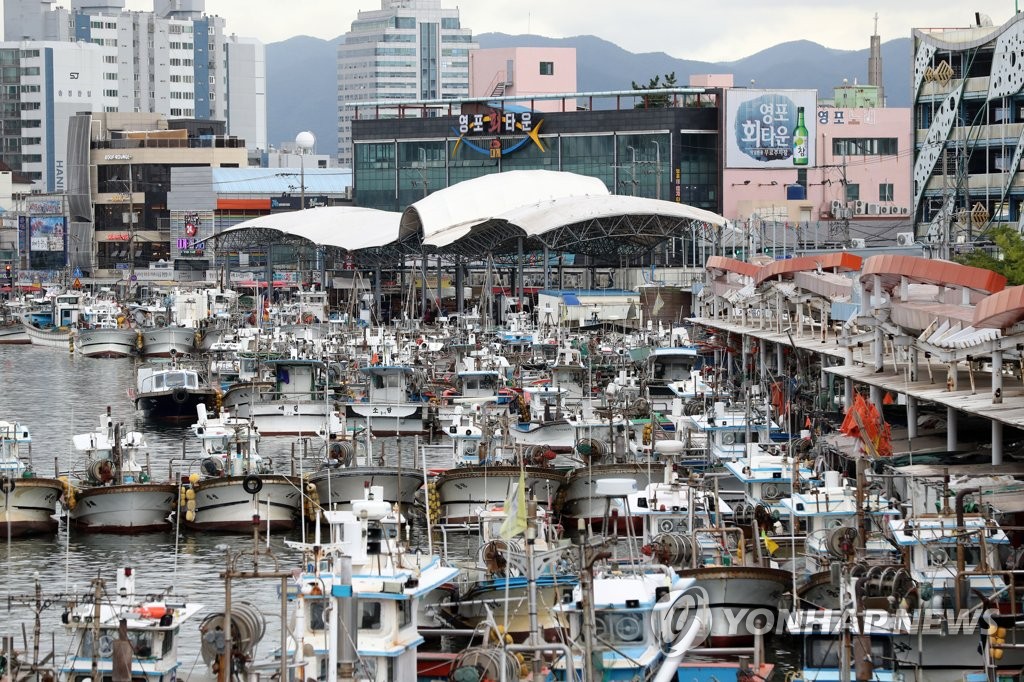 As of 9 a.m. Saturday, Hinnamnor was located in waters 390 km southeast of Taipei.

The typhoon is set to move northward and reach waters 480 km south-southwest of Seogwipo on Jeju Island at 9 a.m. next Monday before making landfall.

Rain is expected across southern parts of the country on Saturday due to the influence from the typhoon, with nationwide downpours the next day.

The KMA expects precipitation levels ranging between 100 and 300 millimeters across the country from Saturday to Tuesday, with the level forecast to reach over 50 to 100 mm per hour nationwide on Tuesday.

Heavy wind is also expected in southern areas, with instantaneous maximum wind speeds forecast to reach between 50 and 60 meters per second in Jeju and coastal areas of South Jeolla and South Gyeongsang provinces on Monday and Tuesday.

Winds of 35 meters per second are considered to be able to derail trains.