SEOUL, Sept. 3 (Yonhap) -- South Korea on Saturday confirmed its second case of monkeypox infection, prompting concerns over the possibility of the spread of the virus.

According to the Korea Disease Control and Prevention Agency (KDCA), the patient, who arrived at Incheon International Airport from Europe on August 18, tested positive for the virus this week.

The person has been in isolation treatment at a hospital.

In June, the country reported its first case of monkeypox. The first patient was discharged in July from a hospital

Health authorities have designated monkeypox as a second-degree infectious disease out of a four-tier system. Currently, 22 contagious diseases, including COVID-19, cholera and chickenpox, are included in the same category. 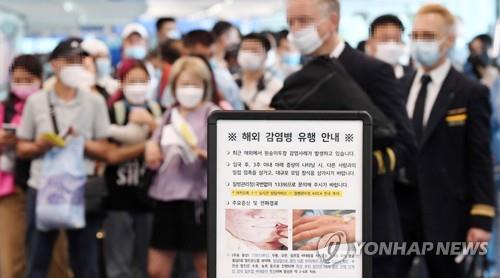