During the three-day stay through Wednesday, Ahn plans to hold meetings with U.S. Trade Representative Katherine Tai and other government and Congress officials to seek resolutions, according to the Ministry of Trade, Industry and Energy.

Ahn's planned visit came after a government delegation's trip to Washington last week to discuss the issue with the U.S. side. Industry Minister Lee Chang-yang also plans to visit the U.S. this month, according to his office.

Last week, the National Assembly also passed a resolution expressing concerns over the discriminatory nature of the law.

The U.S. has vowed to have discussions with South Korea over the issue, and Seoul has proposed forming a formal consultation channel, according to government officials.

Following the visit to Washington, Ahn will fly to Los Angeles to attend the two-day ministerial meeting on the Indo-Pacific Economic Partnership set to begin Thursday, the ministry said. 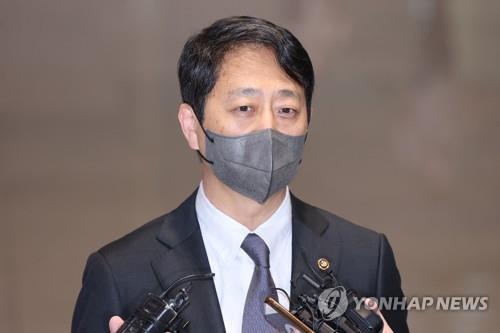