SEOUL, Sept. 5 (Yonhap) -- North Korea's economy has contracted at an annual average rate of 2.4 percent for the past five years as the pandemic and its long-enforced antivirus border controls caused a decline in its already meager external trade, a central bank report showed Monday.

The North Korean economy, known for its isolation and heavy dependence on its neighboring ally China, will also likely see its growth potential stay at a quite subdued level in the years to come amid chronic shortages of funds necessary for economic expansion, according to the report from the Bank of Korea (BOK).

The estimate is based on the BOK's analysis of various reports on economic conditions in the reclusive country from 2017-2021, including the recent few years when its borders remained shut to stave off the inflow of the coronavirus. It had claimed to be coronavirus-free until May this year when it announced its first COVID-19 case. Pyongyang recently declared victory over the virus. 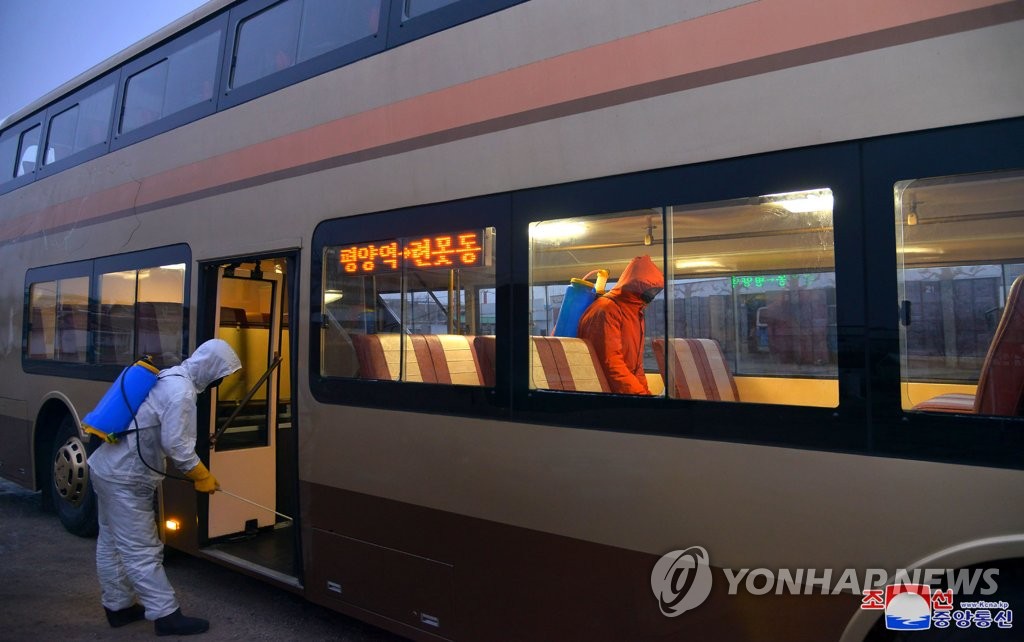 "The North Korean real gross domestic product has contracted at an annual average rate of 2.4 percent during the (2017-2021) period, and in particular, its light industry and private-sector service businesses that have represented the North's marketization drive have significantly weakened since 2020," the report said.

"The North's external trade also fell to US$710 million in 2021, which marked the lowest level since 1955, demonstrating that the North Korean economy has become completely isolated from the international community," it added.

The North's border controls have caused imports of key necessities to stop flowing, sending their prices for local customers skyrocketing. The currency exchange rates in North Korea also moved in a "very abnormal" manner during the cited period, wreaking havoc on the day-to-day lives of many ordinary people, the report said.

The report, however, said the economic conditions in the North appear not as bad as those seen during the 1990s, a period known for the Arduous March, when it had to survive a famine and economic crisis.

The report predicted the North Korean economy under multiple sanctions for nuclear and ballistic missile tests will not be able to see its growth potential exceed the 1-1.5 percent range for the time being given that its population is forecast to peak in a decade and its economy will not likely attract sufficient investment from home and abroad to finance economic expansion.

"What the North has to do to get over the current crisis is to create a favorable environment for overseas investment and pursue innovative changes in its economic system so as to pull itself out of the low growth trap," the report said.

"But its previous track record shows that the chances are high that the North will continue to escalate military tensions, tighten internal controls and move forward in the face of economic hardship."