Two years ago, DSME signed a deal with Norwegian shipper Knutsen to build the 124,000-ton-class shuttle tankers that are designed to transport oil from an offshore oil field to a storage tank and equipped with a variety of offloading equipment.

DSME said a shuttle tanker is about 1.5 times more expensive than a very large crude carrier and it is very hard to meet the delivery requirement because of difficulties in building the vessel.

Those shuttle tankers are also equipped with safety, anti-spill and other top-of-the-line devices as the dynamic positioning system and the bow loading system, DSME added.

DSME, the world's No. 4 shipbuilder by order backlog, has been faring well this year thanks to brisk demand for LNG carriers. So far this year, DSME has bagged orders worth $6.43 billion, nearly 72 percent of its yearly order target of $8.9 billion. 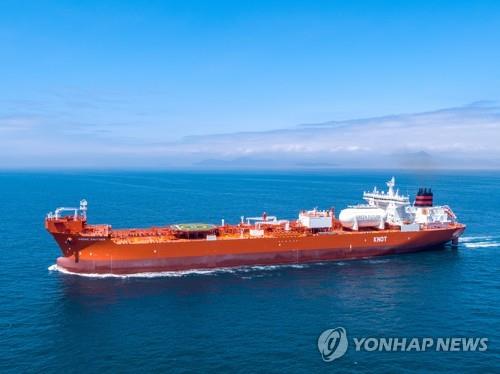