SEOUL, Sept. 5 (Yonhap) -- The South Korean government said Monday it has sought to send a formal letter asking North Korea to give notification before releasing water from dams near their border, with a super typhoon approaching the peninsula.

Pyongyang, however, did not clarify whether to accept the message during their daily phone call via an inter-Korean liaison communication line at 9 a.m., according to the unification ministry.

"We attempted to send a formal request under the name of the unification minister to North Korea asking for prior notice in case it decides to release water from the border areas in consideration of concerns over damage from Typhoon Hinnamnor heading northward," Cho Joong-hoon, the ministry's spokesperson, said during a regular press briefing. "But the North ended the call without clearly stating whether it was willing to accept the letter."

North Korea appears to have discharged water from Hwanggang Dam on the western inter-Korean border to adjust the water levels ahead of the typhoon, the South's Joint Chiefs of Staff (JCS) said Monday.

"The water levels at North Korea's Hwanggang Dam are not at a level of concern yet, but it is releasing water," Col. Kim Jun-rak, the JCS spokesperson, told reporters. "We are closely monitoring the change in the (river) flow rate for the safety of our citizens and fellow soldiers, as well as sharing the situation with the relevant authorities." 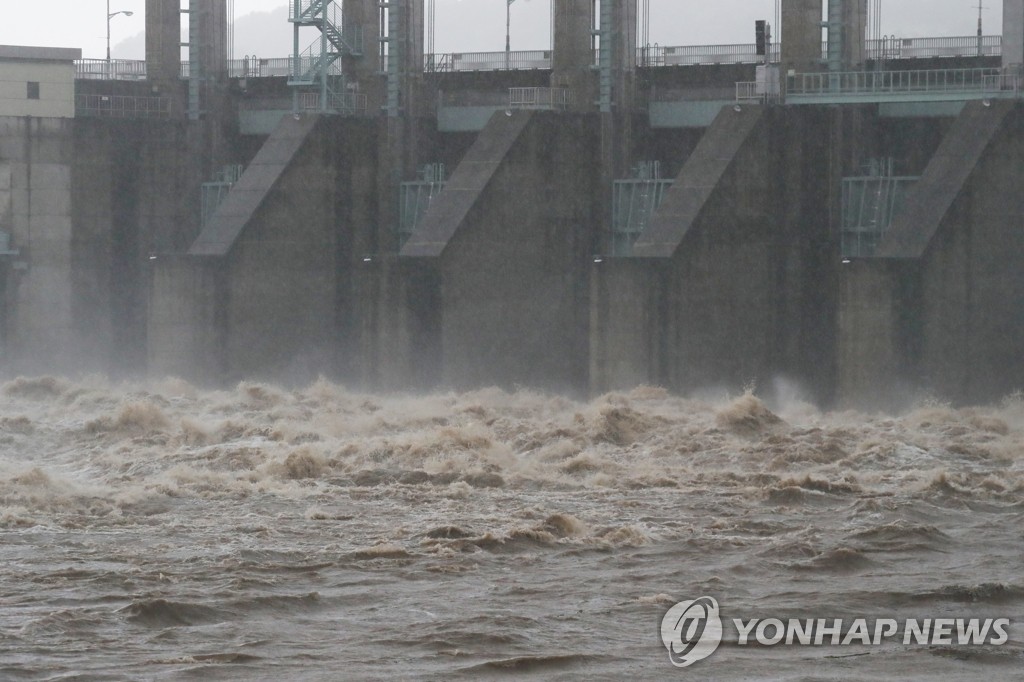 South Korea has repeatedly urged the North to give prior notice before releasing water from its dams for the safety of residents living near the border areas.

In June, the ministry attempted to send such a letter to Pyongyang, as technical glitches from heavy rainfall had caused unstable connections in the inter-Korean hotlines. The North, however, did not accept the letter and instead opened the floodgates of Hwanggang Dam without advance warning.

Under an inter-Korean agreement signed in October 2009, the North agreed to notify the South in advance of its plans to release dam water, following a deadly accident that killed six South Koreans after the reclusive country discharged water from Hwanggang dam without notice.

In August 2020, the North also partially opened the floodgates of the dam and dumped water into the Imjin River, prompting South Korean residents in the border areas to evacuate.

North Korea has issued a heavy rain advisory for the border city of Kaesong and other areas in the country Monday as Typhoon Hinnamnor, the 11th this year, has gradually moved northward to reach waters off the southern island of Jeju in the South.