SEOUL, Sept. 5 (Yonhap) -- The South Korean currency on Monday slid below the 1,370 won level against the U.S. dollar for the first time in more than 13 years amid prospects that the Federal Reserve will likely maintain its aggressive rate hikes.

The local currency closed at 1,371.40 won per dollar, down 8.8 won from the previous session's close. The Korean won hit an intraday low of 1,375 won against the greenback.

Before the market opened, Finance Minister Choo Kyung-ho warned the government will take stern actions against market-disturbing behavior in a timely manner. But his verbal warning failed to stem the won's relentless fall. 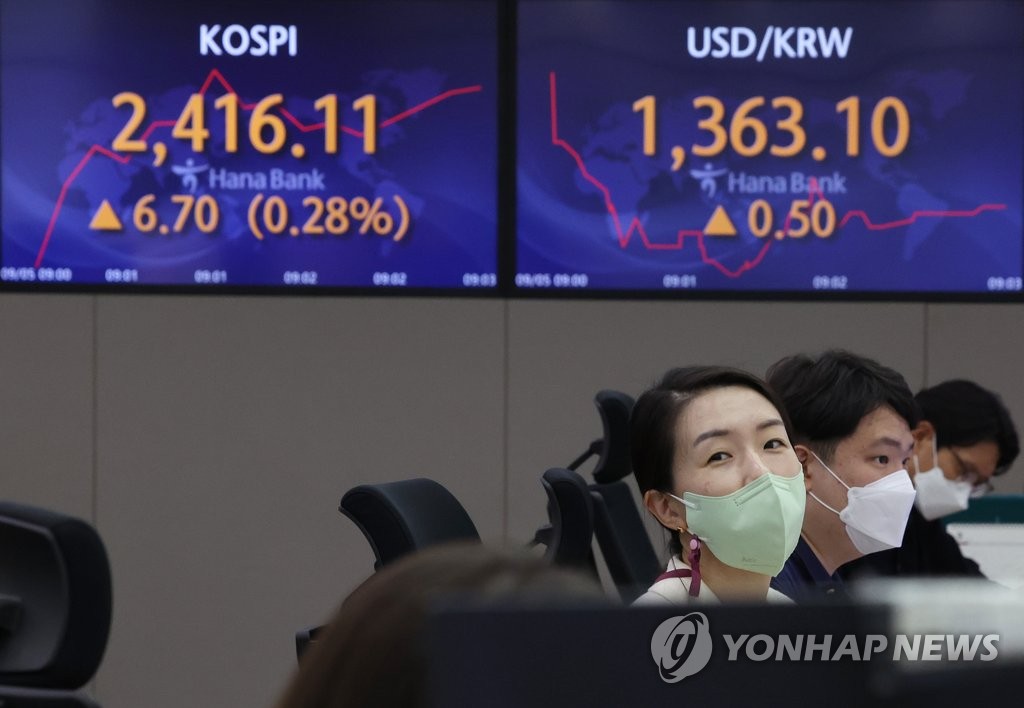 The won's weakness came as investors raised their bets on the possibility that the Fed will increase key interest rates by another 75 basis points at its September policy meeting. The won has declined more than 13 percent against the dollar so far this year.

The U.S. dollar broadly remained strong against major currencies amid the Fed's tight policy stance. The dollar index, a gauge of the greenback's value against a basket of six foreign currencies, climbed above 110, hitting a fresh two-decade high.

South Korea's widening trade deficit also exerted downward pressure on the won. The nation posted a record trade deficit of US$9.47 billion in August, extending the shortfall for the fifth straight month.