(ATTN: UPDATES with Yoon's remarks to reporters, other details in paras 1-2, 10-18; ADDS photos)
By Lee Haye-ah

SEOUL, Sept. 6 (Yonhap) -- President Yoon Suk-yeol held multiple meetings at the presidential office between Monday night and Tuesday morning to oversee the response to the powerful Typhoon Hinnamnor as thousands moved to safety or were left without power.

During meetings at 9:30 p.m. and 11:40 p.m. Monday, Yoon monitored images of the typhoon moving toward the southern island of Jeju on closed-circuit TV and was briefed virtually by the head of the Korea Meteorological Administration (KMA) on its path and wind speed, according to presidential spokesperson Kang In-sun. 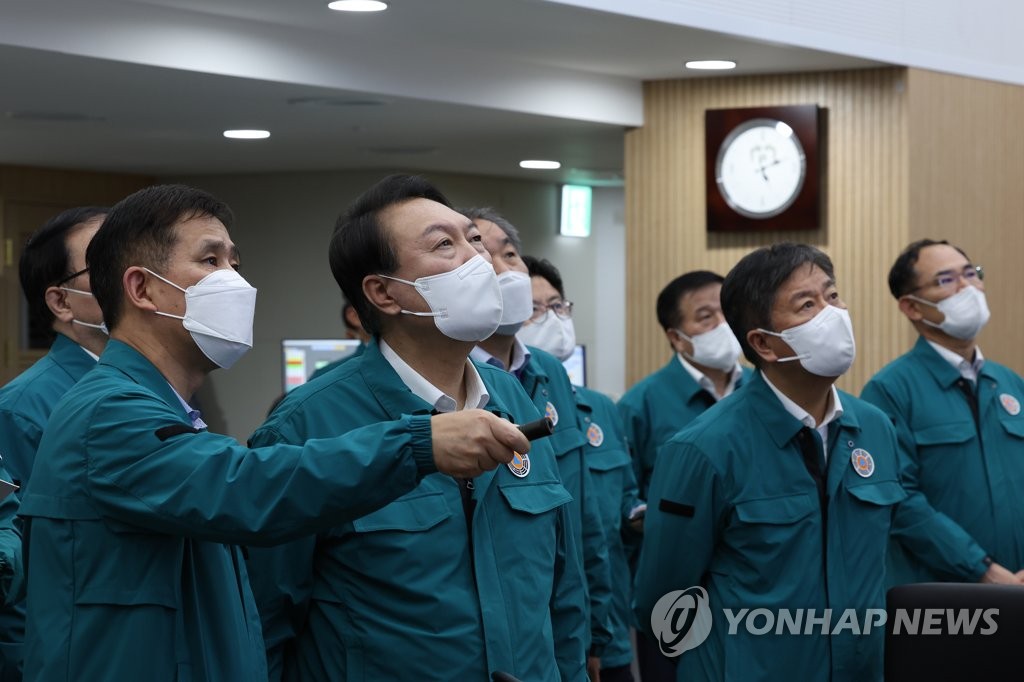 "Please share the emergency situation with local governments, firefighting authorities and other relevant agencies in real time," Yoon told KMA chief Yoo Hee-dong after being briefed that almost the entire country could come under the influence of strong winds with a radius of 420 kilometers.

The KMA chief said the critical situation was expected to last until Tuesday morning.

At 5 a.m. Tuesday, Yoon returned to the national crisis management center at the presidential office to monitor the typhoon's path for 30 minutes. The typhoon was making landfall in Geoje at the time.

The KMA chief reported that Typhoon Hinnamnor has been similar in size and path to Typhoon Maemi in 2003, with an atmospheric pressure of 955 hectopascals at its center, compared with Maemi's 954 hectopascals.

Yoon again called for special attention to be paid to the safety of residents near the path of the typhoon along the south coast and urged his aides not to let their guard down until the typhoon has completely passed.

As the typhoon was moving out of South Korea and into the East Sea, Yoon convened another meeting at 7:25 a.m., according to his senior secretary for press affairs, Kim Eun-hye. Both Lee and Yoo attended the meeting virtually.

Lee briefed the president on the government's overnight response, including its dispatch of text messages urging residents of Busan, South Gyeongsang Province and other affected areas to take shelter.

Lee said some 200 residents of a village in Pohang at risk of flooding were evacuated to a nearby school, according to Kim.

"President Yoon asked that the government stay one step ahead and respond swiftly in the event that even one resident appears to be in danger," Kim told reporters.

Yoon especially noted the risk of landslides in remote villages and urged rescue and emergency workers to promptly transport weak and elderly residents to safety if necessary.

He later visited the press lounge at the presidential office to talk with reporters about the typhoon response.

"The center of the typhoon is moving toward Ulleung Island and Dokdo, but we can't let our guard down yet on safety measures," he said. "Today and tomorrow, we can't be at ease."

Yoon expressed relief that the worst had been averted thanks to the people's cooperation.

As of Tuesday morning, one person was reported missing in the typhoon, while more than 3,000 people had been evacuated and more than 20,000 homes were left without power, according to the authorities. 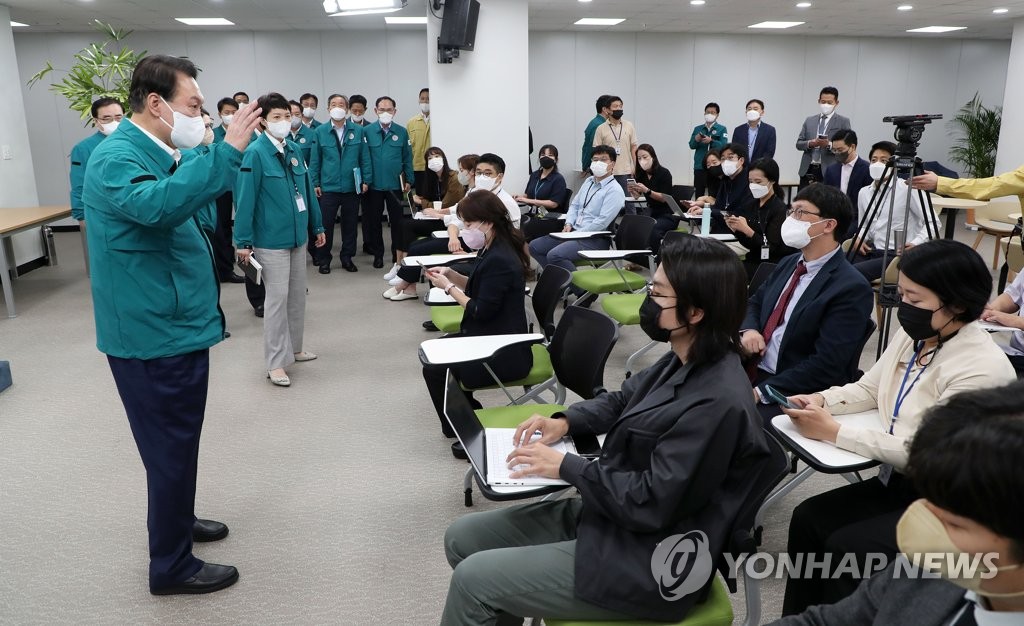 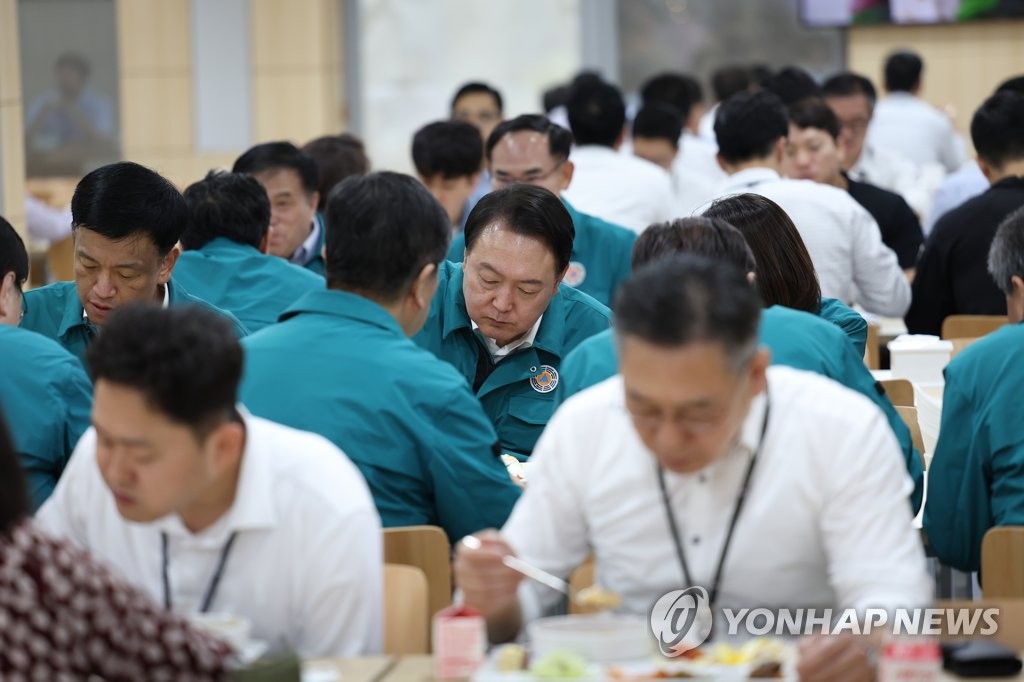