The Korea Startup Forum said it has selected 30 up-and-coming companies with strong growth potential to join the Rookie League program and 40 startups heading toward unicorn status to participate in the Rocket League program of COMEUP 2022.

A unicorn refers to an unlisted startup with a valuation of more than US$1 billion.

The three-day festival is slated to be held at Seoul's Dongdaemun Design Plaza from November 9. A total of 881 companies from 38 countries applied to participate in this year's exhibition. 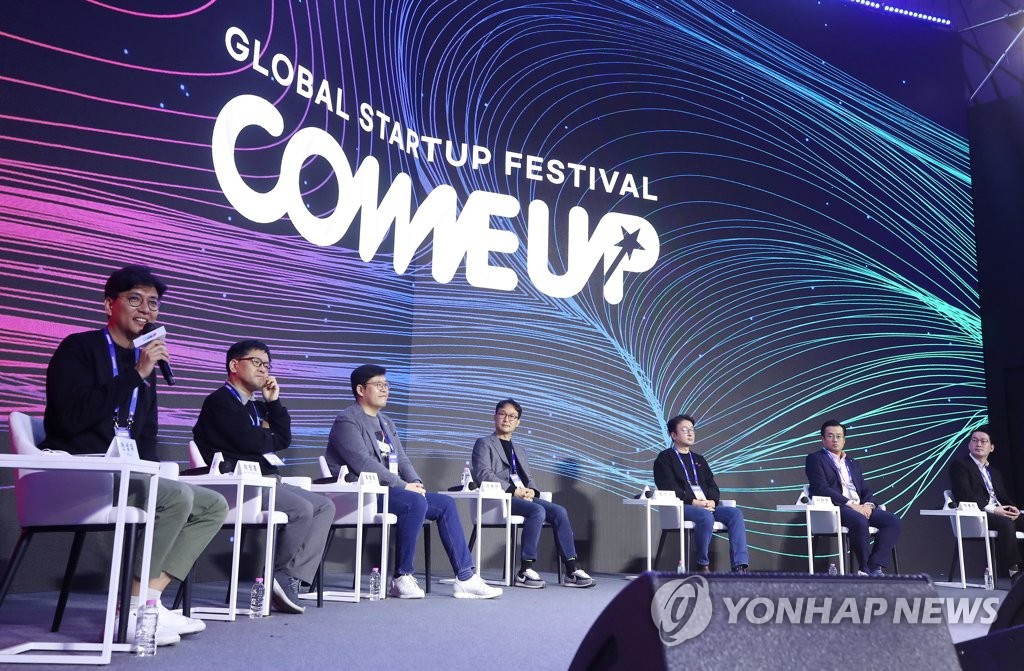 By sector, software related startups accounted for 33 percent of selected firms, followed by healthcare and biotechnology with 13 percent.

So far, the cumulative investment attracted by participating companies stood at 523.7 billion won (US$384 million), with the average per startup at 7.5 billion won.

A total of 17 startups that have each attracted over 10 billion won in investment include H2O Hospitality, Galaxy Corporation, Airs Medical, Kodebox, Deeping Source, Dr. Diary, Teamsparta and XYZ, the forum said.