SEOUL, Sept. 6 (Yonhap) -- South Korea is expected to post a trade deficit for the time being as export growth will likely lose steam and high energy costs could push up import bills amid the global economic slowdown, the central bank said Tuesday.

If oil and other raw material prices stabilize, the country's trade balance could improve, given countries that heavily rely on energy imports are commonly suffering from a widening trade deficit, according to the Bank of Korea (BOK).

South Korea posted a record trade deficit of US$9.47 billion in August, extending the shortfall for the fifth straight month amid high energy costs.

"With global oil prices staying at a high level, the country is expected to see the trade deficit continue for the time being due to eased growth of exports and a rise in imports as the global economy is slowing down," the BOK said.

If global oil prices fall by a yearly average of $10 per barrel, South Korea's trade deficit could decline by $9.3 billion, the central bank said.

Despite an increase in the trade deficit, South Korea is widely forecast to post a current account surplus this year, it added.

South Korea posted a current account surplus of $24.8 billion in the first half, smaller than a surplus of $41.8 billion a year ago, according to central bank data.

The current account is the broadest measure of trade, service and investment flows into and out of the country.

Last month, the BOK revised down its 2022 forecast of the current account surplus to $37 billion from its May estimate of $50 billion.

The Korean currency has fallen around 13 percent against the U.S. dollar so far this year amid the Federal Reserve's aggressive monetary tightening and the country's widening trade deficit. 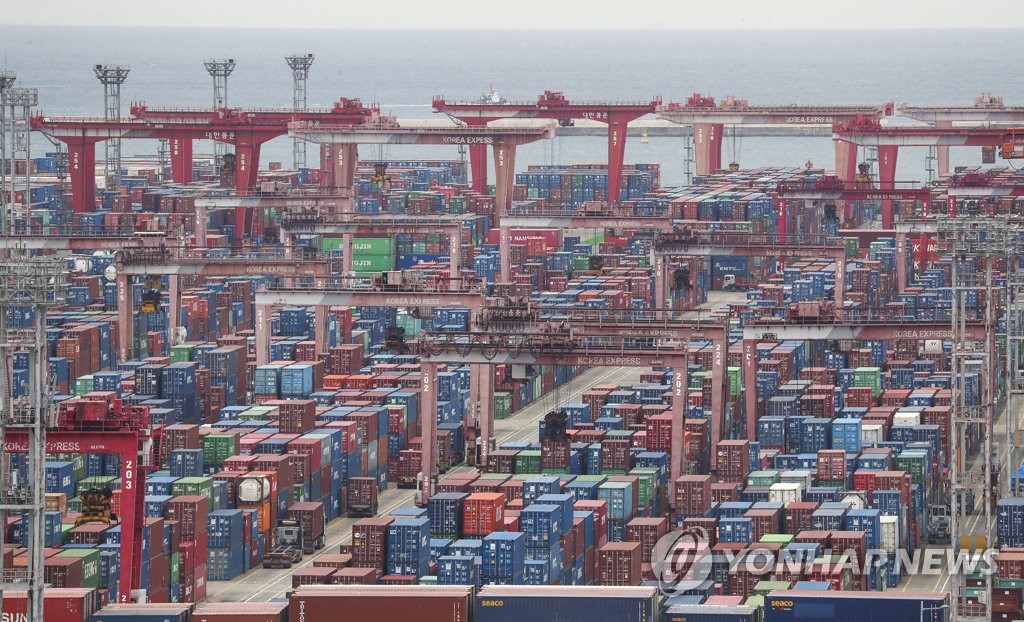 S. Korea to log trade deficit for time being: BOK

S. Korea to log trade deficit for time being: BOK