Such offers were made during the 2022 Broadcast Worldwide convention, a broadcasting content market held in Seoul last week, according to Astory.

The company said it is discussing details on local versions of the 16-part series, requiring local productions maintain the show's main themes, including Woo Young-woo's warm heart toward the underprivileged and the significance of the whale.

"I think the favorable and hopeful message in 'Woo' will resonate with people all around the world," Lee Sang-baek, CEO of Astory, said. "I will participate in the production process of local adaptations in a bid to communicate the feeling and idea that 'Woo' has to people across the world."

"Woo" is about autistic lawyer Woo Young-woo (Park Eun-bin) and was aired in South Korea on the Korean cable channel ENA this summer. It was also available on Netflix outside the country at the same time.

It has been atop the streamer's official weekly viewership chart for a total of seven weeks since it made the top 10 in its second week of release.

It is the second non-Netflix original Korean TV series to hit the top position after SBS' romantic comedy "Business Proposal" (2022). 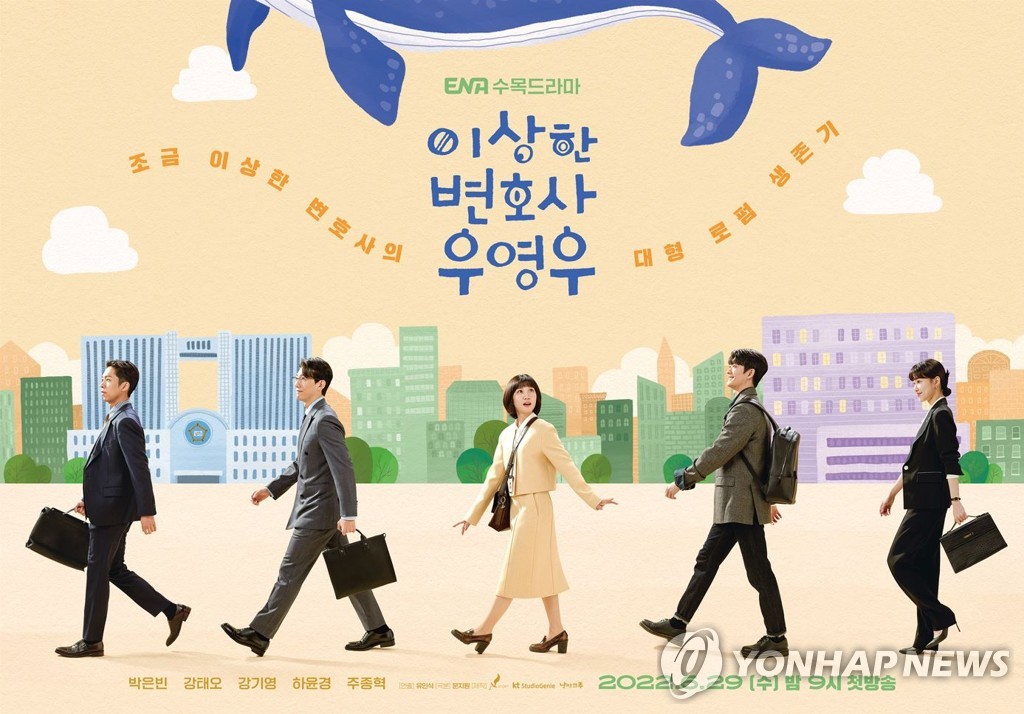