SEOUL, Sept. 6 (Yonhap) -- There is no problem with South Korea's current foreign liquidity position in the face of mounting volatility in financial markets, including the won's recent plunge, a top financial regulator said Tuesday.

"As far as I know, the government has no intention to intervene in the market where exchange rates are determined," Lee Bok-hyun, head of the Financial Supervisory Service, told reporters after attending a consulting event for self-employed people in Seoul.

"The FSS just keeps tabs on foreign currency liquidity on a daily basis as part of market stabilization efforts," he added. "I don't think there is any foreign liquidity problem." 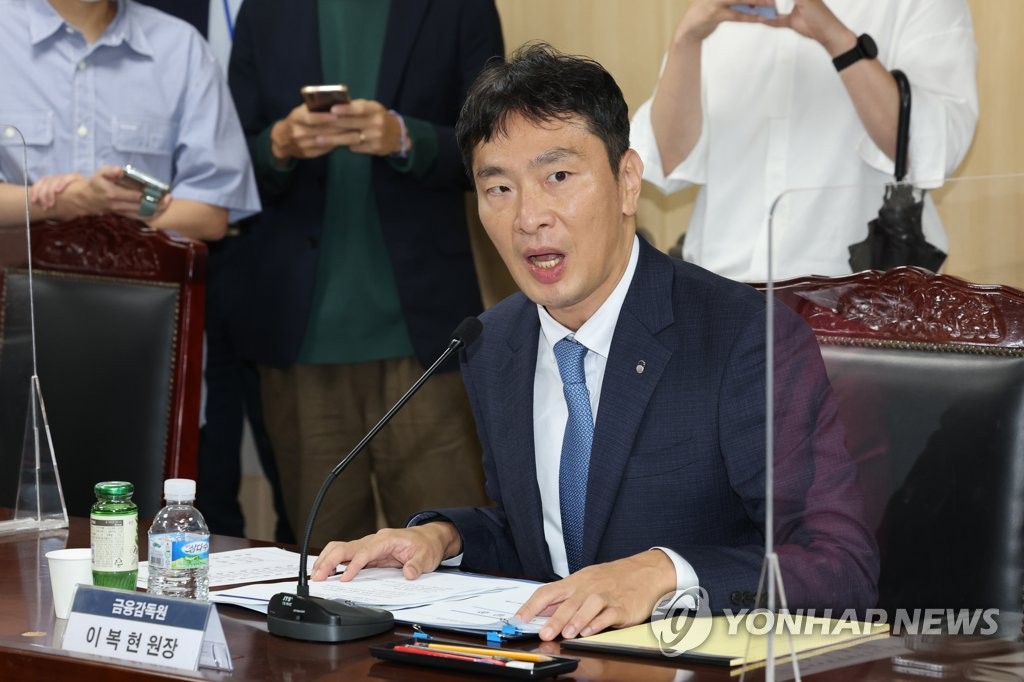 The local currency closed at 1371.7 won against the U.S. dollar on Tuesday, the lowest level in about 13 years. The won has been sharply losing ground against the greenback amid fast monetary tightening in the U.S. and the possibility of a global economic recession.

The slide prompted the foreign exchange market authorities to voice ramped-up warnings against herd behavior, signaling an intention to intervene to stem an excessive decline in the won's value. The won has fallen about 12 percent so far this year.

The heightened uncertainty has stoked concerns over whether the country is holding a sufficient amount of foreign currency reserves that could be tapped into to cover short-term foreign debt.

Central bank data showed that the country's foreign reserves came to US$436.4 billion as of end-August, down $2.2 billion from the previous month. The decline was attributed to the strong dollar that resulted in a fall in the converted value of other currency-denominated holdings.

According to local banks' internal analysis, their foreign liquidity coverage ratios -- a major gauge of foreign currency liquidity holdings -- stood at around 124.2 percent last month, which was much higher than a regulatory requirement of 80 percent.