Han congratulated Goldberg on his appointment and voiced hope that he would play a bridging role so that bilateral cooperation and exchange are strengthened.

Goldberg expressed gratitude for Han's welcome and said he would play a bigger role in strengthening bilateral relations not only in military and security areas, but also in others such as economic security and global cooperation.

Goldberg assumed the post in July as Washington's first ambassador to Seoul under the Biden administration. 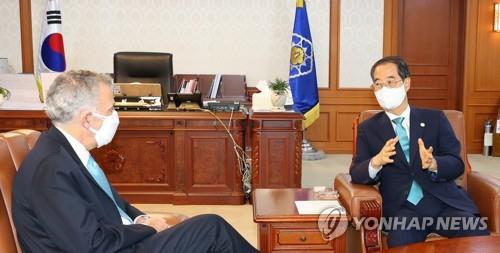