WASHINGTON, Sept. 6 (Yonhap) -- Russia has reached out to North Korea and Iran, a U.S. defense department spokesperson said Tuesday, in its apparently desperate search for ammunition.

"We do have indications that Russia has approached North Korea to request ammunition," the department press secretary said in a press briefing. 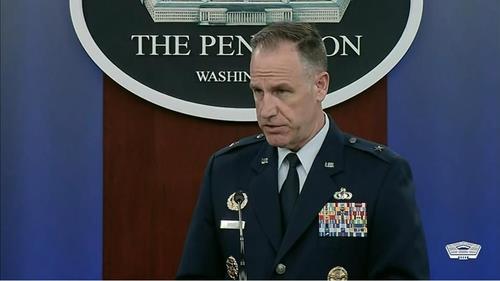 "I'm not able to provide any more detail than that at this point in time, but it does demonstrate and it is indicative of the situation that Russia finds itself in, in terms of its logistics and sustainment capabilities as it relates to Ukraine," the Air Force general added.

Ryder said Russia has specifically asked for ammunition, but declined to comment on what type of ammunition North Korea may offer.

"The information that we have is that Russia has specifically asked for ammunition. But in terms of the capabilities, I don't want to speculate on what Russia may or may not need beyond that or what they (North Korea) could offer," he said.

"You know he was buying drones from Iran. Now he's going to buy artillery rounds from North Korea," Kirby said in an online press briefing.

"It's an indication of how much his defense industrial establishment is suffering as a result of this war, and the degree of desperation that he's reaching out to countries like Iran and North Korea for assistance," he added.

Kirby said Russia appeared to be in the process of purchasing ammunition from North Korea when asked, adding there has not been any indication that the purchase has been completed.

Ryder argued the fact that Russia has only reached out to Iran and North Korea, both of which have been labeled by the U.S. as "rogue nations," shows its status in the international community.

"This information is relevant to the fight in the sense that again, it's indicative of the situation that Russia finds itself in and shows the fact that they're trying to reach out to international actors like Iran and North Korea, they don't have the best record when it comes to international stability," he said. 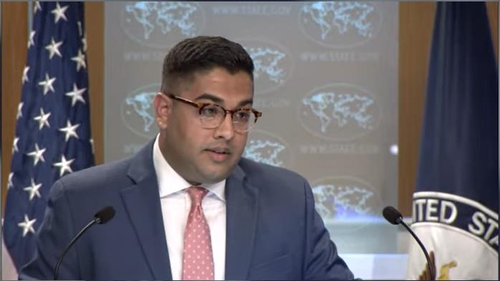 A state department spokesperson noted Russia may be in the process of purchasing "millions of rockets and artillery shells" from North Korea.

Vedant Patel, principal deputy spokesperson for the state department, reiterated the purchase indicates "severe supply shortages" Russia faces due to what he called U.S. sanctions and other lines of efforts to hold Russia accountable for its aggression in Ukraine.

"This would violate U.N. sanctions on the DPRK," said Patel, noting U.N. Security Council resolutions on North Korea prohibit any exchange of "arms and related material" with North Korea. DPRK stands for the Democratic People's Republic of Korea, the North's official name.