SEOUL, Sept. 7 (Yonhap) -- South Korea's Defense Minister Lee Jong-sup on Wednesday held out the prospect of "infinite" benefits being provided to North Korea in case it opts to take a "new" path toward denuclearization.

Lee made the remarks during an opening ceremony of the annual Seoul Defense Dialogue (SDD) hosted by his ministry, as Seoul is pushing for its "audacious plan" designed to help the North improve its economy should it take denuclearization steps.

"Should North Korea choose to take a new path forward, the benefits that it would enjoy would be infinite," Lee said at the three-day SDD that kicked off Tuesday.

"I hope members of the international community will continue to marshal their efforts to make the North recognize that should it continue on the path for the development of nuclear weapons and missiles, it cannot help but face immense costs," he added. 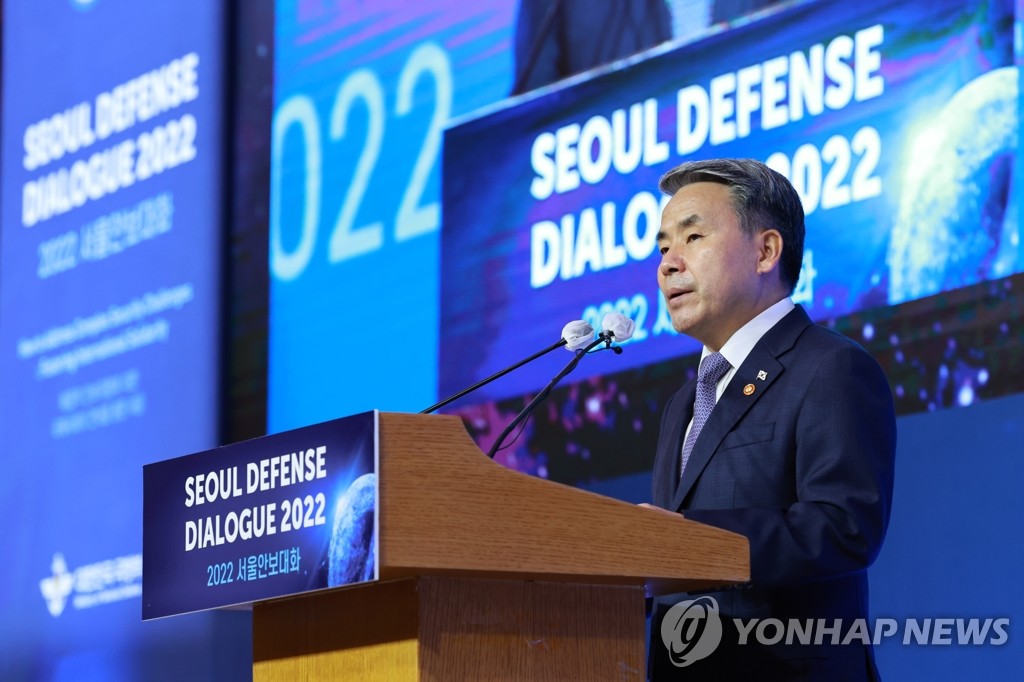 "Should North Korea come out for nuclear negotiations with sincerity, we will actively craft economic support measures and measures to build mutual trust from an early stage of negotiations," Kim said.

"In close cooperation with the international community, including the U.S., we will make efforts to foster conditions so that we can implement the audacious plan and realize denuclearization, peace and prosperity on the Korean Peninsula," he added. 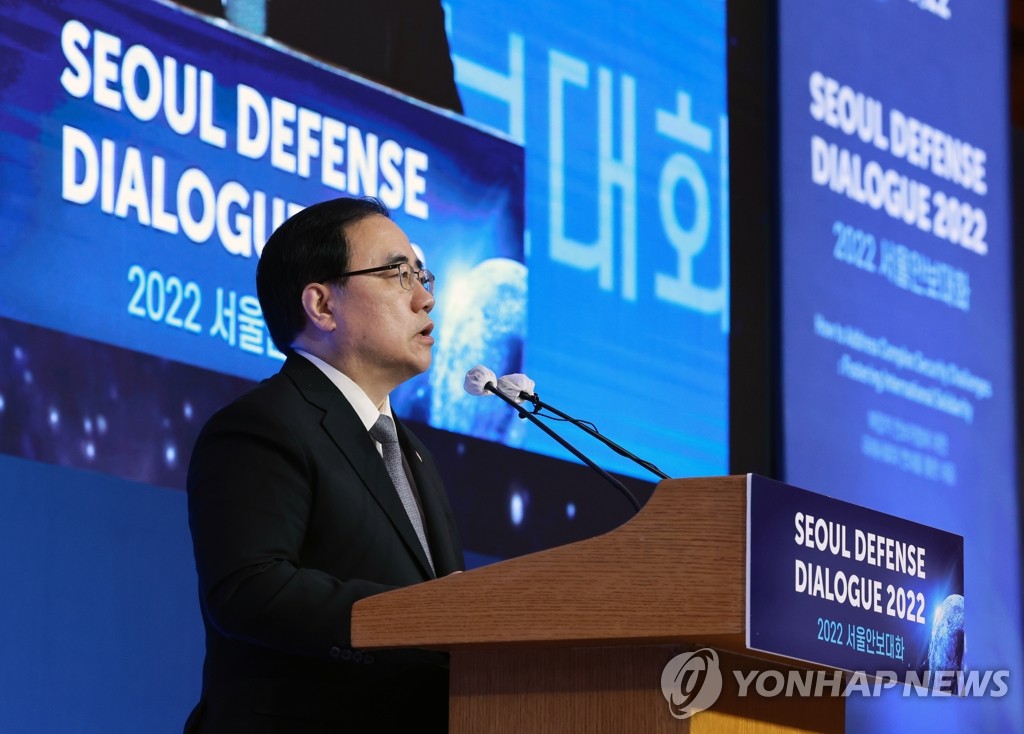 Kim also pointed out that for the goal of the North's complete denuclearization, the Yoon Suk-yeol administration will push for a "principled" inter-Korean relationship while maintaining the "strong" deterrence based on the South Korea-U.S. alliance.

Uncertainties have shrouded the Yoon administration's audacious plan as Pyongyang has spurned the plan as the "height of absurdity" and remained unresponsive to calls for dialogue due apparently to COVID-19 and other reasons.

The annual security forum became a venue for discussions on international cooperation on the North's denuclearization and peace on the peninsula and beyond.

Among the high-profile participants was the Netherlands' Defense Minister Kajsa Ollongren who drove home an impactful message highlighting the need for global cooperation in tackling transnational challenges.

"The concept of faraway no longer exists, considering, for example, climate change, terrorism, the threat of nuclear weapons. But those are challenges in domains such as cyber and space, and we can only address them by working together," she added.