TOKYO/SEOUL, Sept. 7 (Yonhap) -- South Korea, the United States and Japan demonstrated a commitment Wednesday to their shared goal of the complete denuclearization of North Korea and a united front against its provocation, as their top envoys had consultations in Tokyo.

Sung Kim, Washington's special representative for Pyongyang, said the secretive Kim Jong-un regime seems to have been preparing for what would be its first nuclear test since 2017.

"A nuclear test would be a grave escalation, threaten regional and international peace and security, and undermine the global non-proliferation regime," he said at the outset of the meeting with his South Korean and Japanese counterparts -- Kim Gunn and Takehiro Funakoshi.

He said, "We are preparing for all contingencies in close coordination with our Japan and South Korea allies and we are prepared to make short and long-term adjustments to our military posture in responding to the DPRK provocation." DPRK is the acronym for the North's official name, the Democratic People's Republic of Korea. 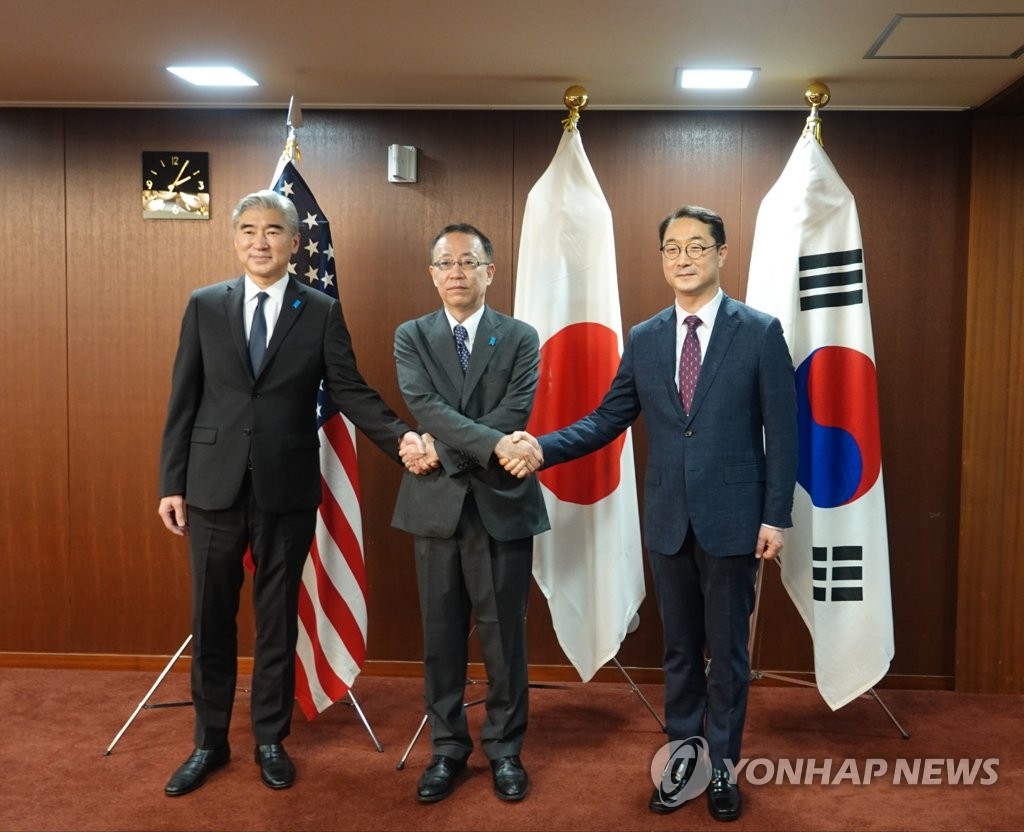 "Our bottom line has not changed. Our goal remains a complete denuclearization of the Korean Peninsula," he added, reaffirming that Washington is willing to resume dialogue with Pyongyang "without preconditions."

Kim Gunn said, "We will respond swiftly and decisively against any provocation by North Korea ... We also have serious concerns over North Korea's actions that are in violation of multiple UN Security Council resolutions." He stressed the importance of trilateral cooperation among the regional powers.

Japan's nuclear envoy said Tokyo "values and appreciates that our three countries share basic policy on North Korea including the goal towards the complete denuclearization of North Korea."

The three officials also had in-depth consultations on Seoul's "audacious" initiative to offer Pyongyang economic aid in exchange for denuclearization steps and agreed to closely coordinate on its implementation plans, Seoul's foreign ministry said in a statement.

They also reaffirmed their commitment to take a "flexible and open" approach toward the North and step up coordination with the international community to have Pyongyang cease provocations and return to dialogue, it added.